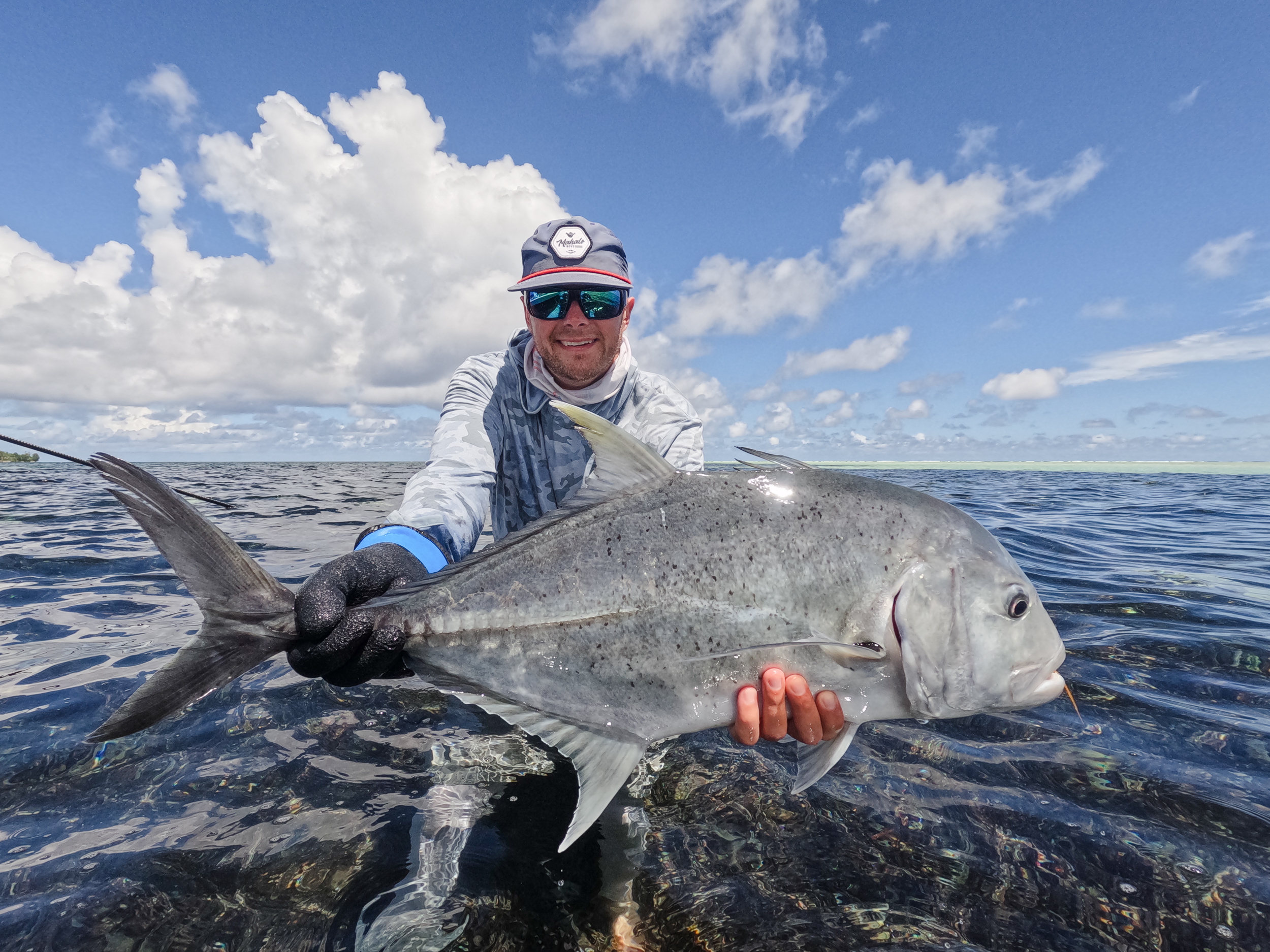 The week started with neap tides and slowly progressed into a springier tide which allowed for great triggerfishing on the neaps and better GT fishing towards the end of the week.

There were plenty of triggers tailing and out to play on the fingers and in the surf, often a tell-tale sign that we are going to encounter some exceptionally good trigger fishing. But the active triggers equally meant the anglers were busy having multiple good opportunities, multiple fights and multiple heartbreaks. A total of eight moustache triggerfish were landed during the week with three being over 45 cm. The biggest was a trophy of 51 cm which caught in the surf near Rat Rays Channel!

Once the tide started pushing hard towards the end of the week, the geets pushed up onto the flats in numbers as they have been the last couple of weeks, fish on sharks and fish on rays were all over as the cold water pushed. 11 GTs were landed in total with the biggest being 92 cm!

One of the guests, Gavin, had an exceptional day on the flats, he managed a ‘super slam’ earlier in the week consisting of a giant trevally, triggerfish, milkfish and to finish it up, a bonefish. Just a permit shy of the golden grand slam, this is something to write home about! Well done to Gavin and his guide Graham for an unforgettable day on the flats! 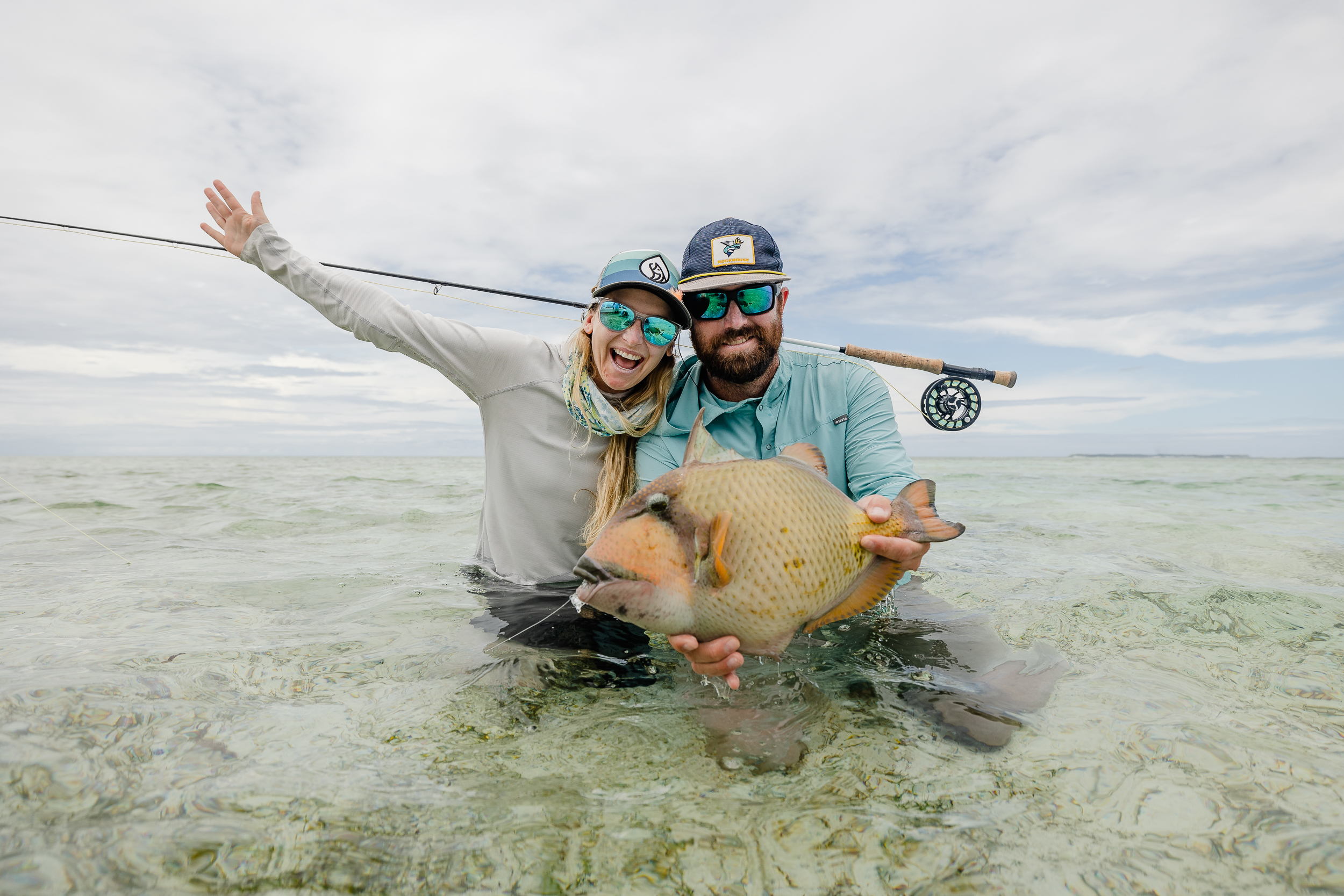 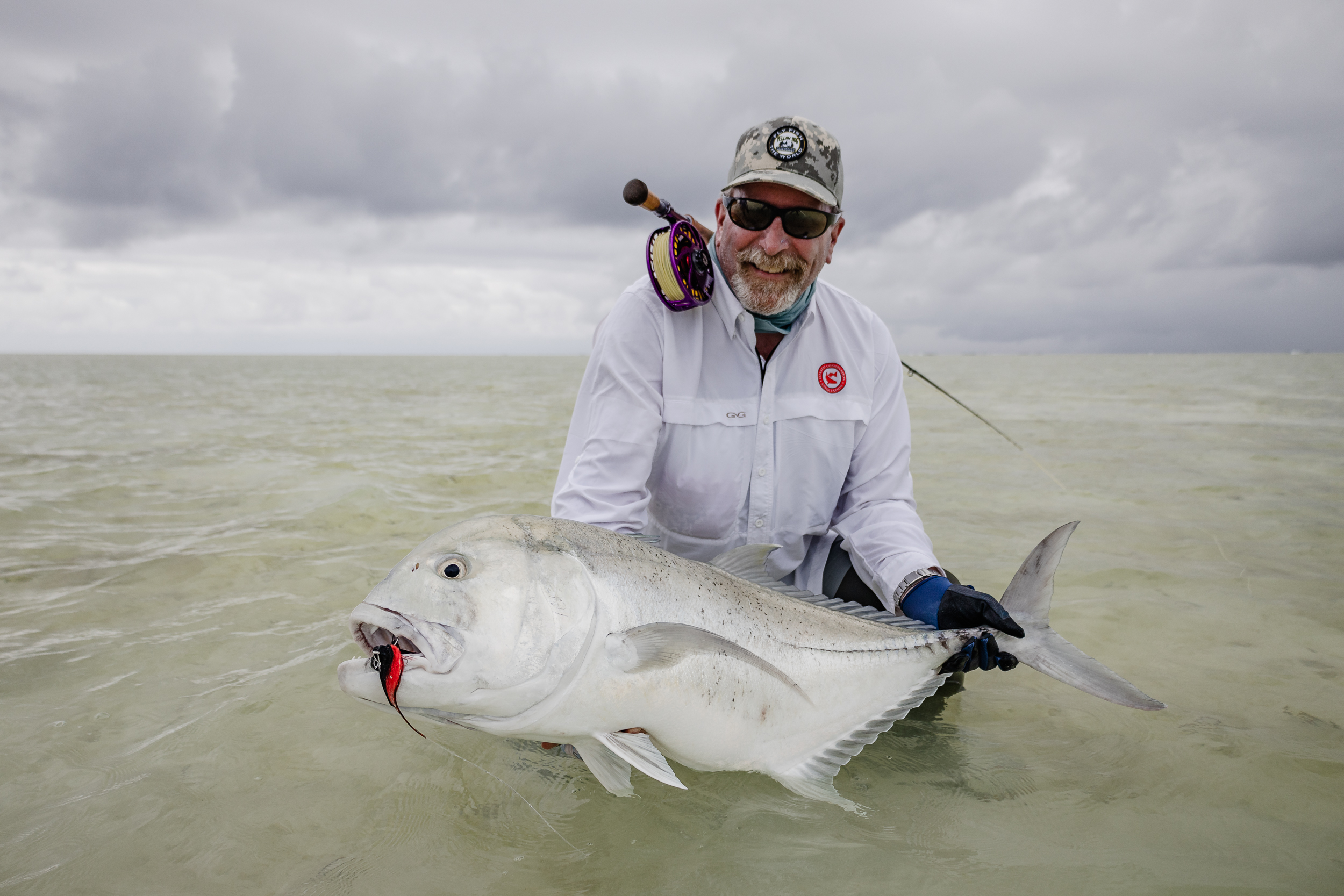 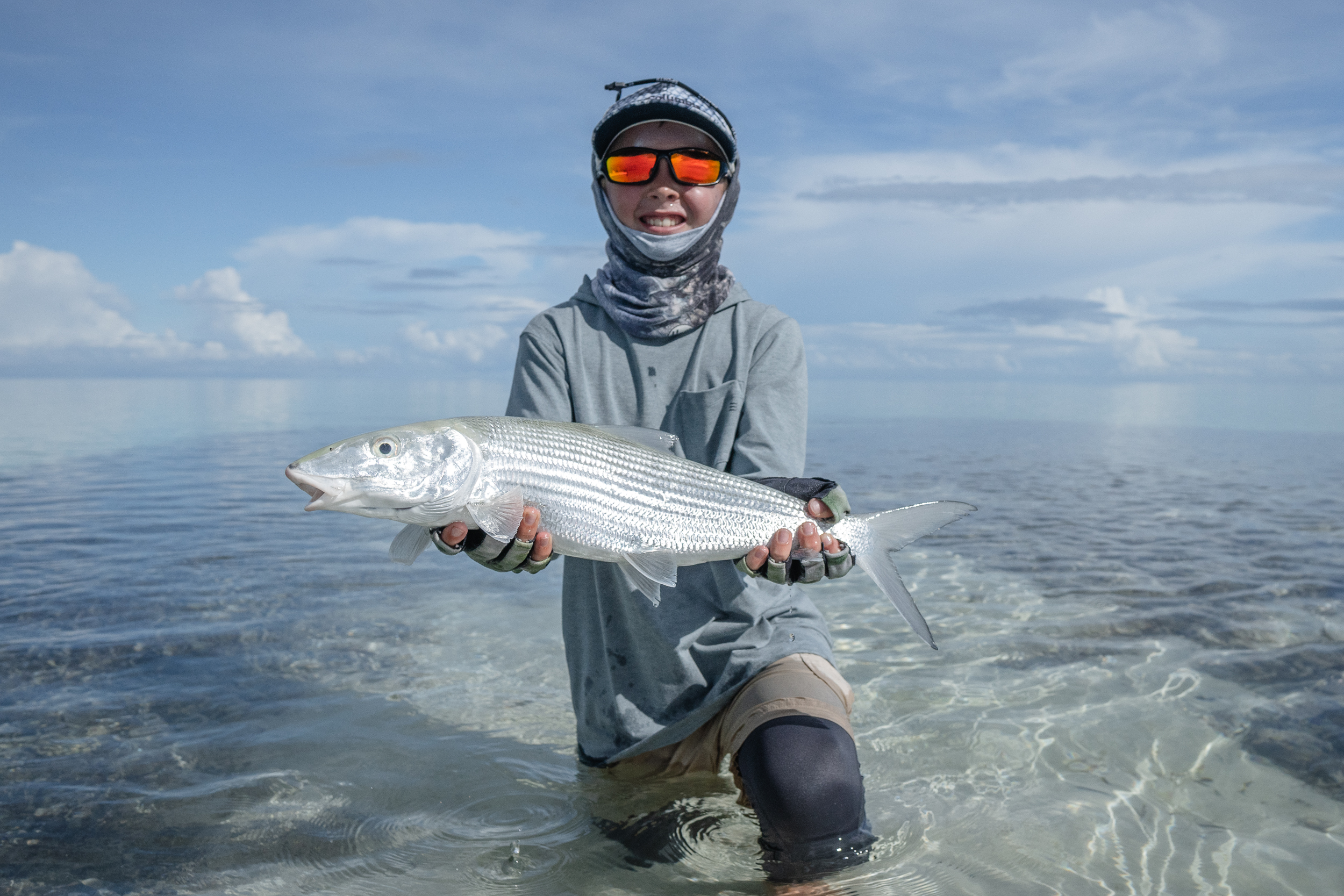 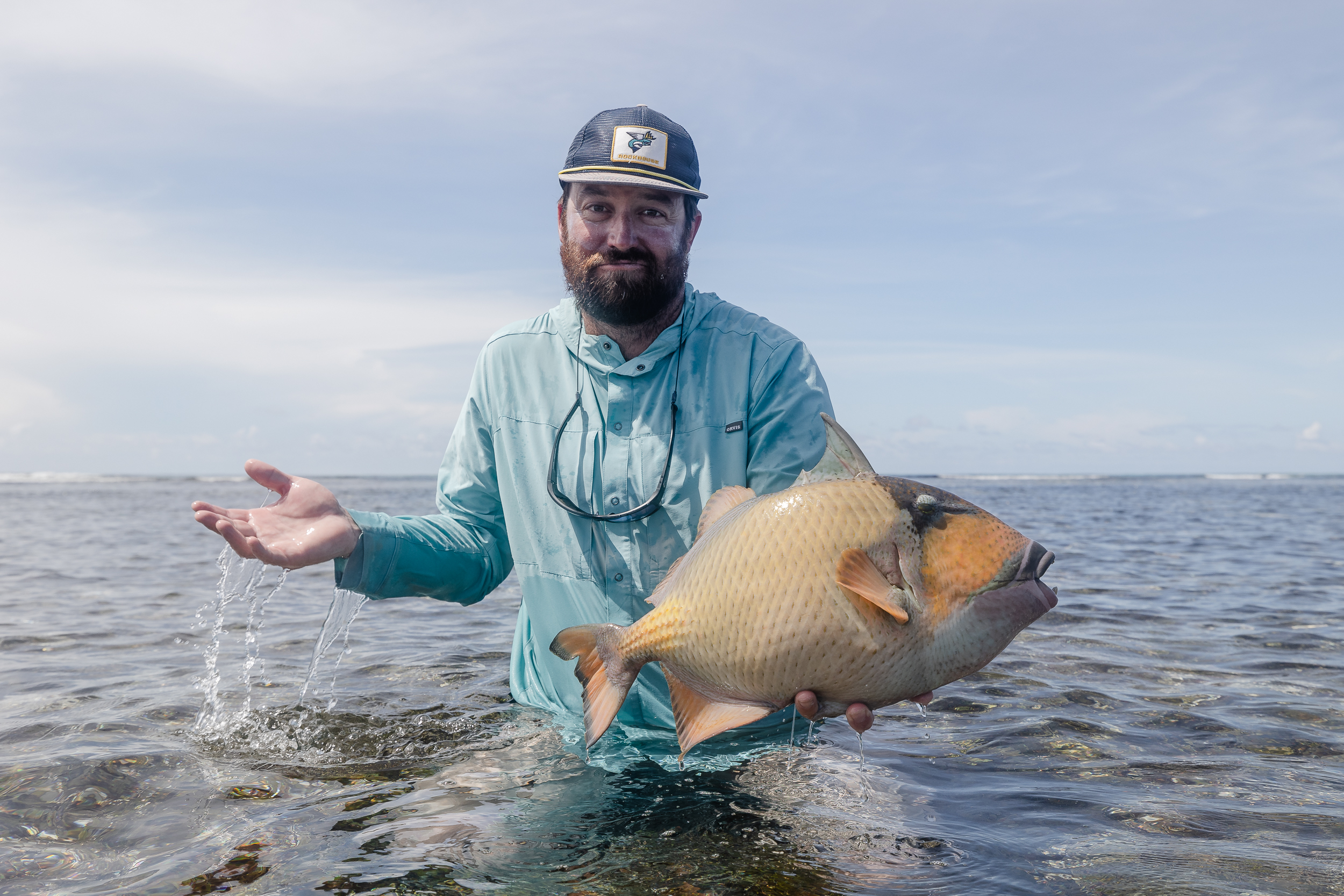 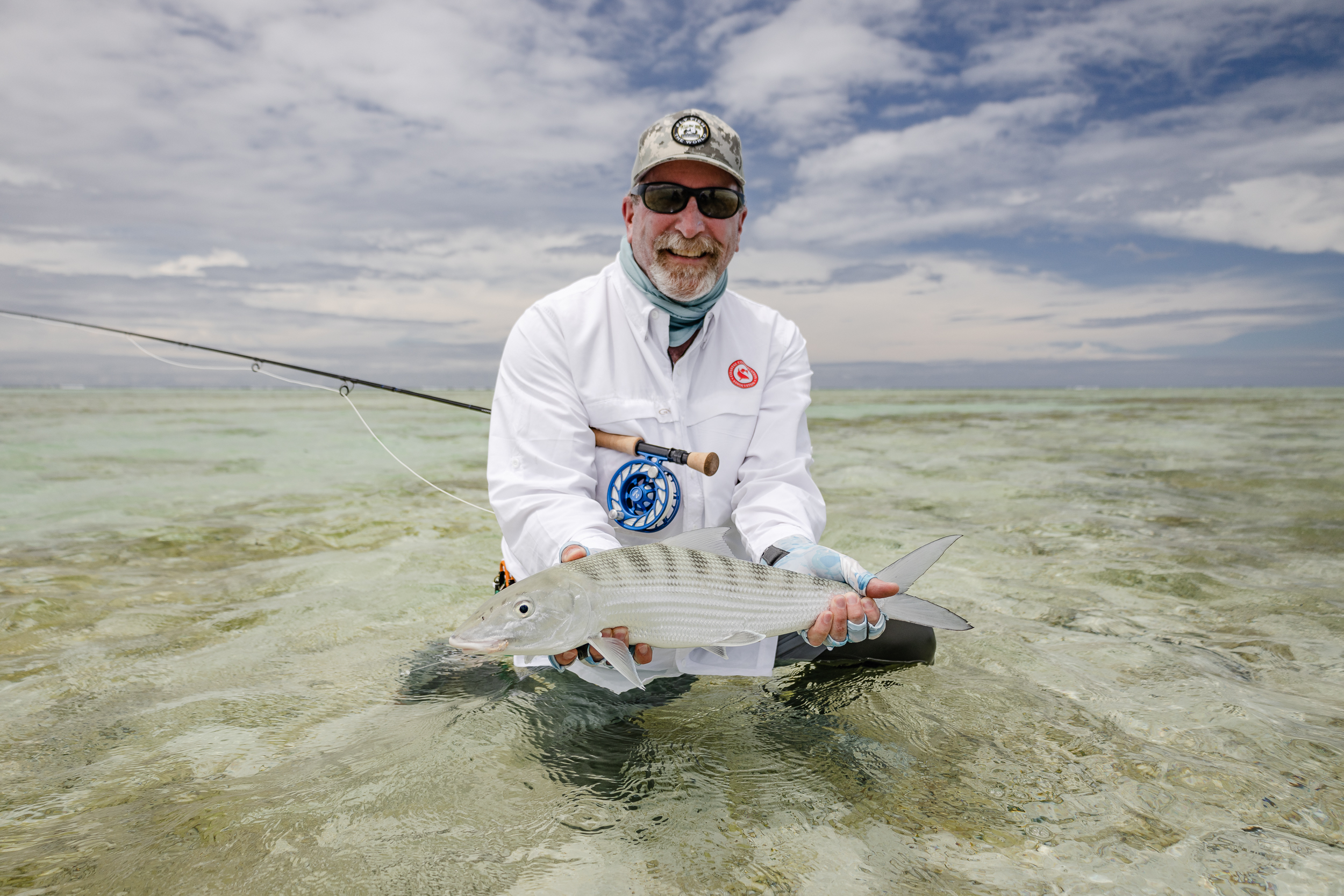