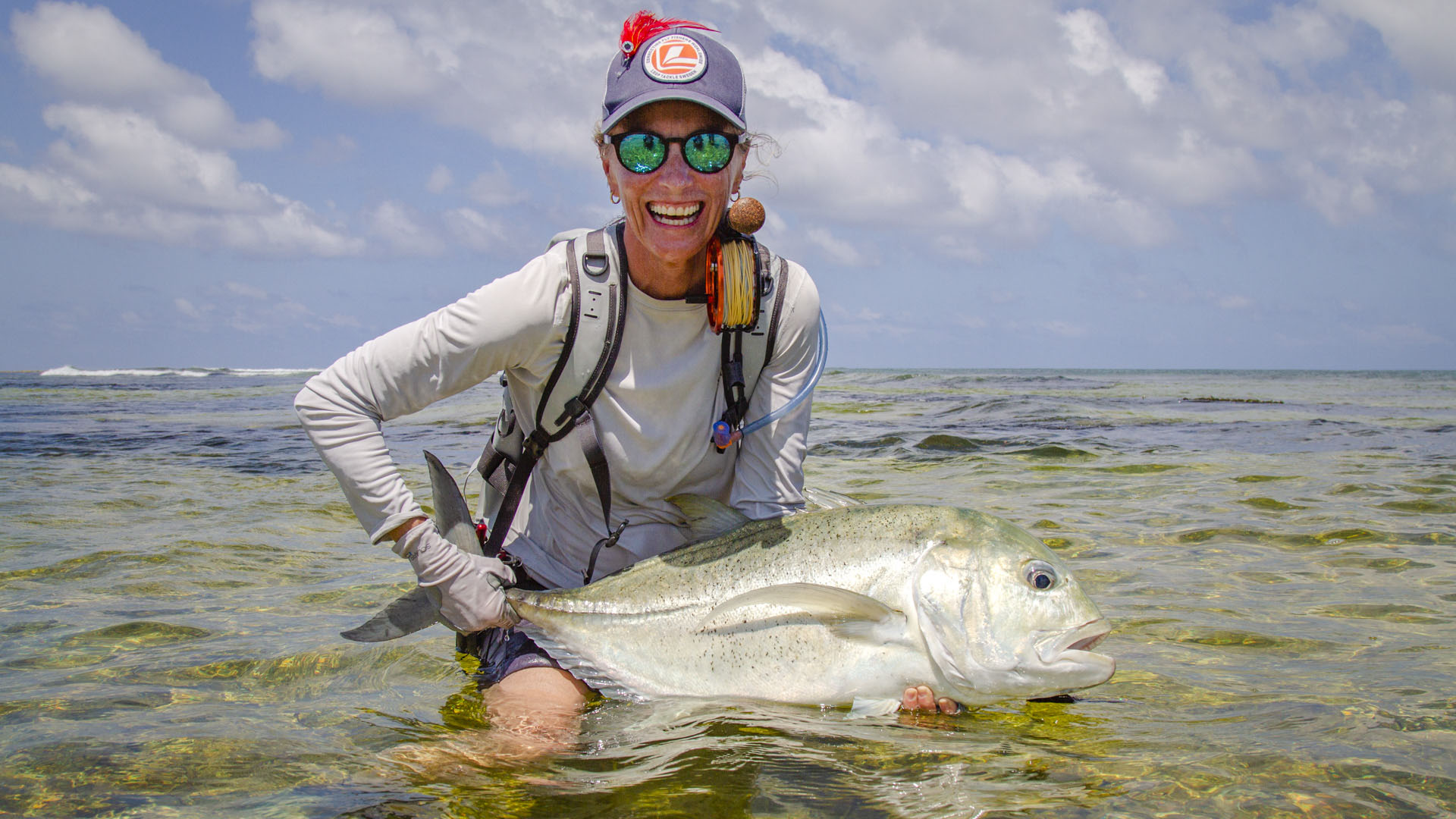 Although there were not many anglers on the water over the past two weeks there has still be exceptional catches, leaving anglers content! Anglers were lucky enough to fish some amazing tides staring with a full neap tide then transitioning into the full-moon spring at the end of the second week. The weather played ball, with one or two windy day here and there.

Week 19 bought in a total of 52 bonefish, with very good size fish being landed throughout the duration of the week. Lupaka landed the fish of the week measuring 63 cm. We were also fortunate to be graced with Kay Jones’ presence for a few days before she headed off to Cosmoledo. Kay is a legendary angler who has fished all over the world and experienced amazing catches throughout her fishing career. Kay had a fantastic time on Alphonse landing a whopping 94 cm GT, guided by Dean Scott.

Mike Howarth was also at it again, he is commonly known as the bluefin king, as this is his favourite species to target. Mike has landed more bluefin than any angler this season – on day one of the week he decided to give it a break and target the famous GT. Mike managed to land a sizeable GT, measuring 65 cm. Gregory had a fantastic day three, landing a 78 cm GT guided by Matt Phillips on the flats.

Week 20 came along with anglers that were focused on catching species presenting shots over the spring tides. There were 23 bonefish landed over the week with the biggest measuring a stunning 60 cm and weighed around 6 lbs, although bonefish were not the main scope for the anglers this week.

Seychelles fly fishing regulars Chris Lohner and Ester Vogel-Rudin joined us this week, Ester has been trying to land a GT for a while and she finally got lucky on day three – she landed a beautiful 81 cm GT. Day six was Gregory Lysak’s day to shine, after a week of catching some GTs and bonefish Greg was aiming toward permit, on day six Greg landed a massive 52 cm Indo-pacific permit on the flats, what an amazing catch!

We were joined on day six by some guests passing through from Cosmo. Helmut Zaderen decided to do a half-day of bluewater fly fishing and spend the afternoon on the flats. Helmut was lucky enough to land a good-sized sailfish weighing around 90 lbs and then went on to land a bonefish in the afternoon session which gave Helmut a Bills and Bones Slam.

Day seven of the week was dominated by the well-known Mike Howarth who decided to try his luck at some bluewater fishing. Mike is famous around the island for fishing a broken 9 wt rod with very small brush flies. Mike has not only become the master of catching bluefin trevally but has also managed to land bonito, rainbow runner and now even a well-sized wahoo amongst a pile of other species on his 9 wt. Mike had a great day on his blue water expedition. Mike managed to top his day off with a massive 100 lbs+ sailfish landed on a 12 wt. 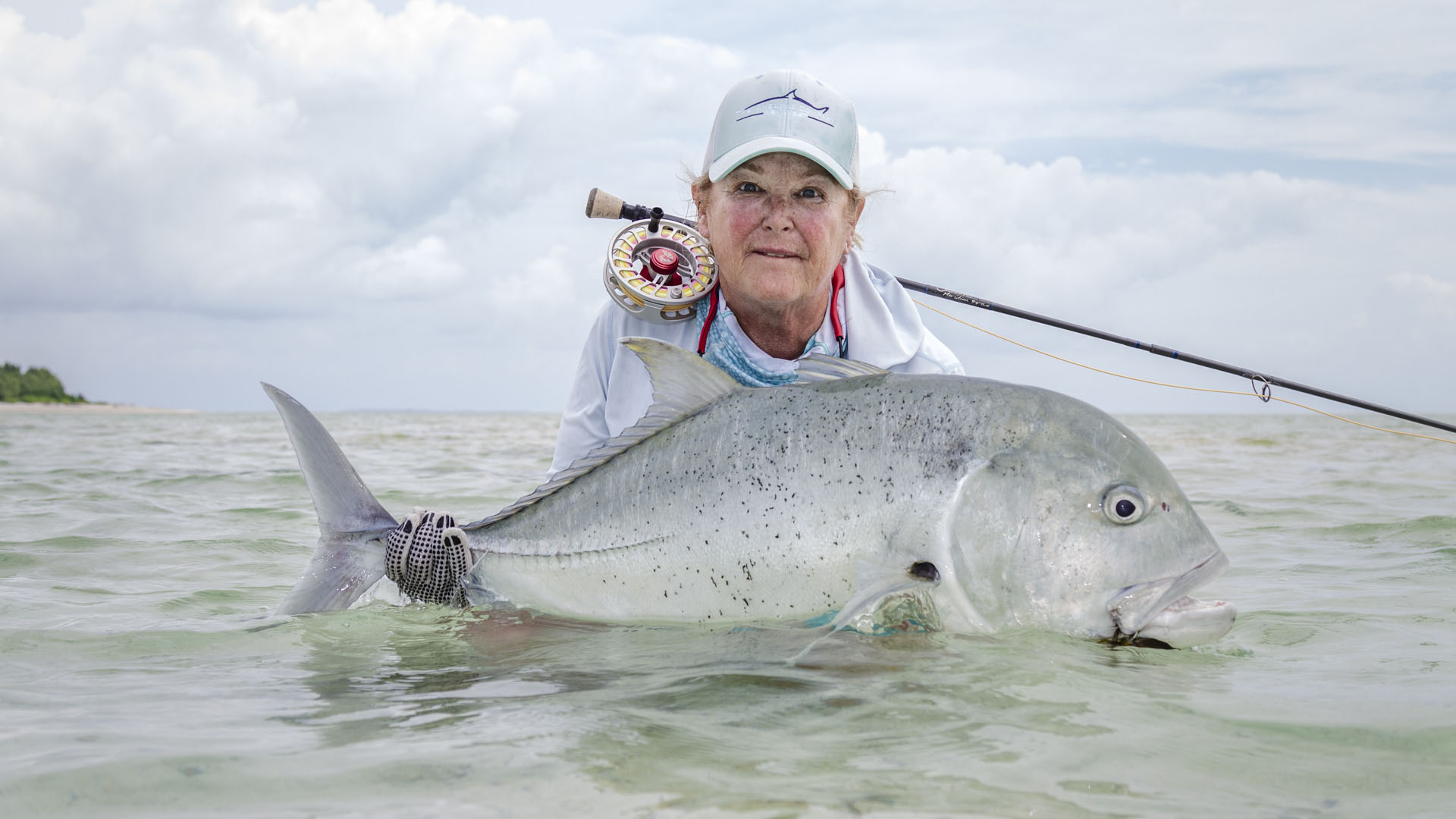 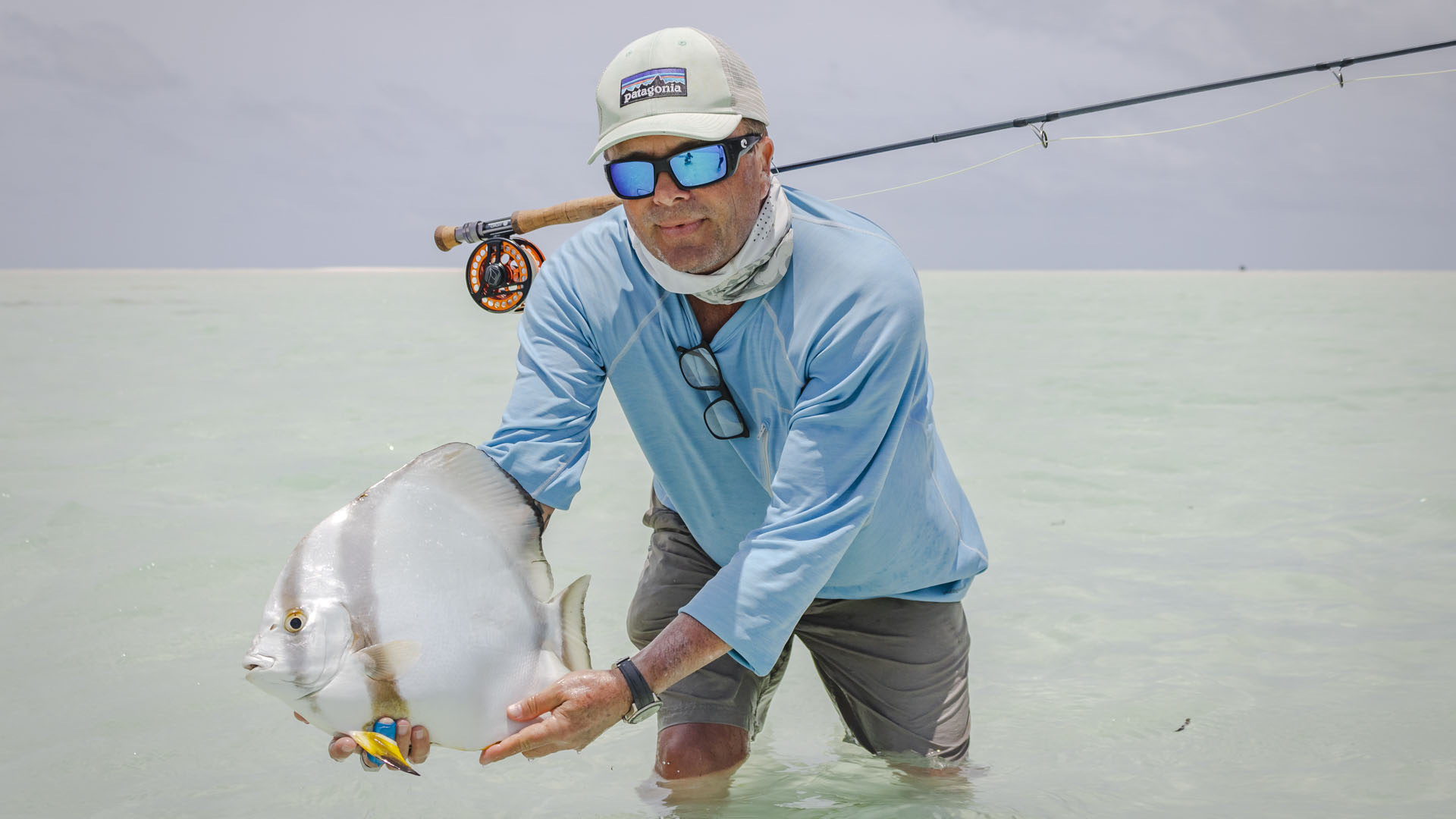 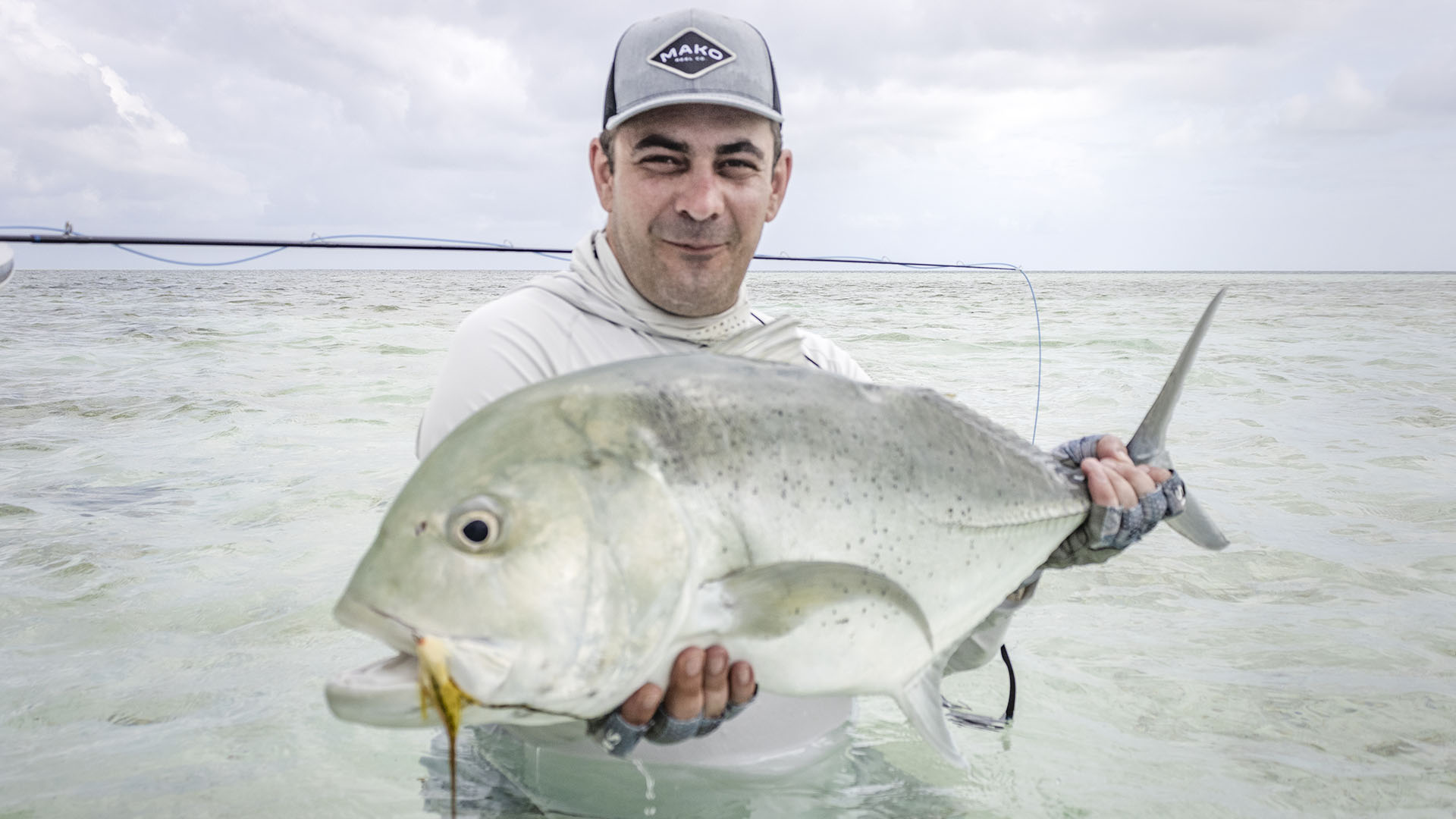