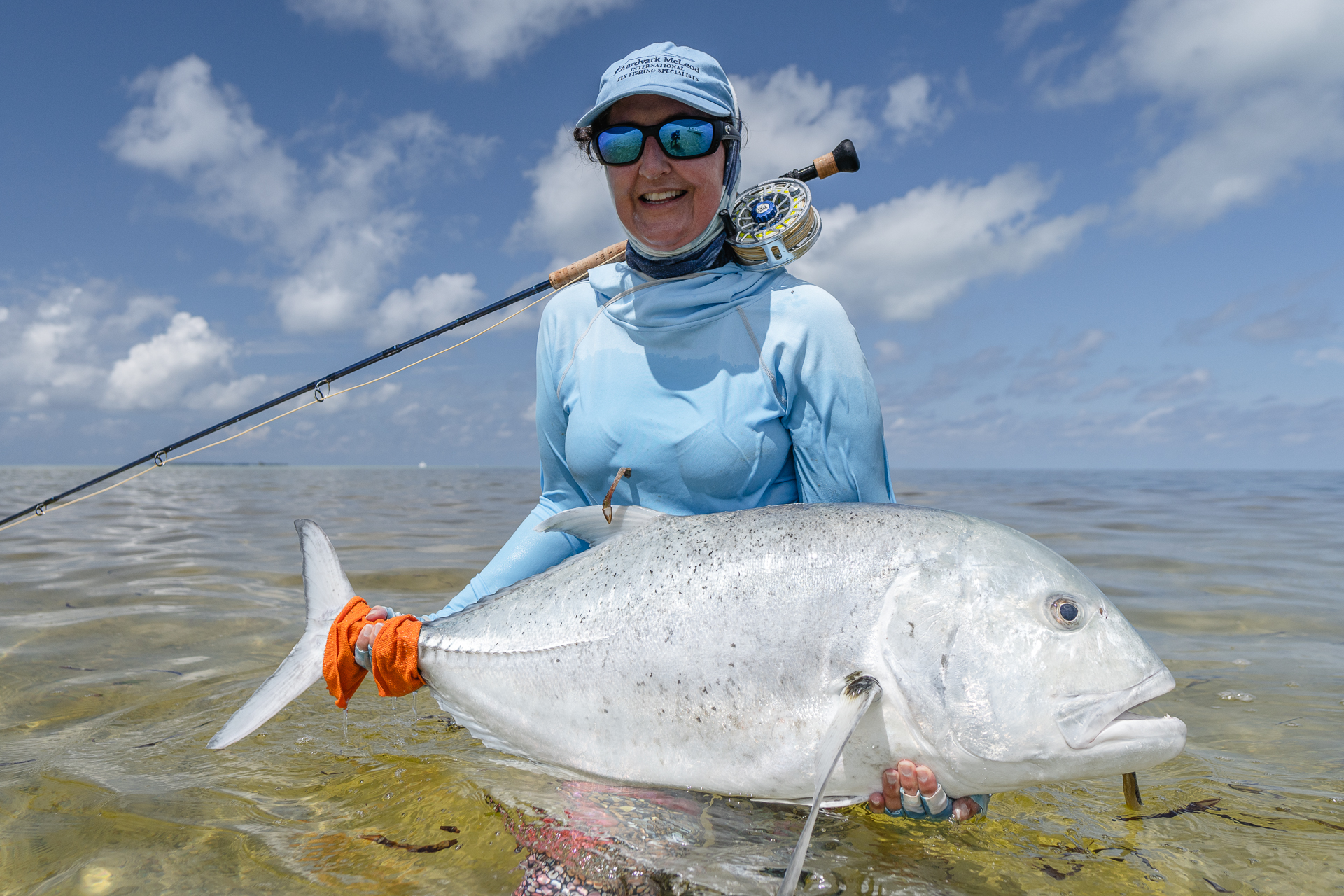 A fantastic group of anglers descended onto the shores of Alphonse island this week. The group of anglers were hosted by Charlotte Chilcott and enjoyed great weather with a scattered few rain showers.

The fishing was fantastic over the week with plenty of bonefish being caught in between other catches. The anglers managed to land a healthy total of 359 bones for the week. The largest fish was landed by Russel Crafter measuring a whopping 67 cm, a bonefish of that size weighs about 7 lbs.

The week started off with Jim fighting a nice sized yellow margin triggerfish and three anglers tallying over 20 bones each in a single day.

Mid-week the GTs were on and Russel landed a fantastic 65 cm fish. John and Diane managed an awesome double up on two massive giant trevally. John’s fish measured 100 cm and Diane one-upped him with her fish measuring 102 cm. A memorable moment for the pair to share as it was a first for both of them having never caught a GT prior.

David Lee was on the hunt for the tricky triggers, Dave managed to land a moustache trigger as well as a yellowmargin but he unfortunately lost a picasso triggerfish, causing him to just miss that trigger slam!

The week ended with some incredible catches on the last day! Triggerfish Tony who has been visiting Alphonse for 20 years, steered away from his name and managed to land a fantastic 57 cm Indo-Pacific permit. Mike Timms ended the week off with a fantastic slam, Mike landed four bonefish, two yellowmargin triggerfish, a moustache trigger fish and a nicely sized 75 cm giant trevally.

All in all a spectacular week here on Alphonse with a very happy group of guests and a ton of great memories. Well done to all anglers on some very special catches and an exceptional week as a whole. 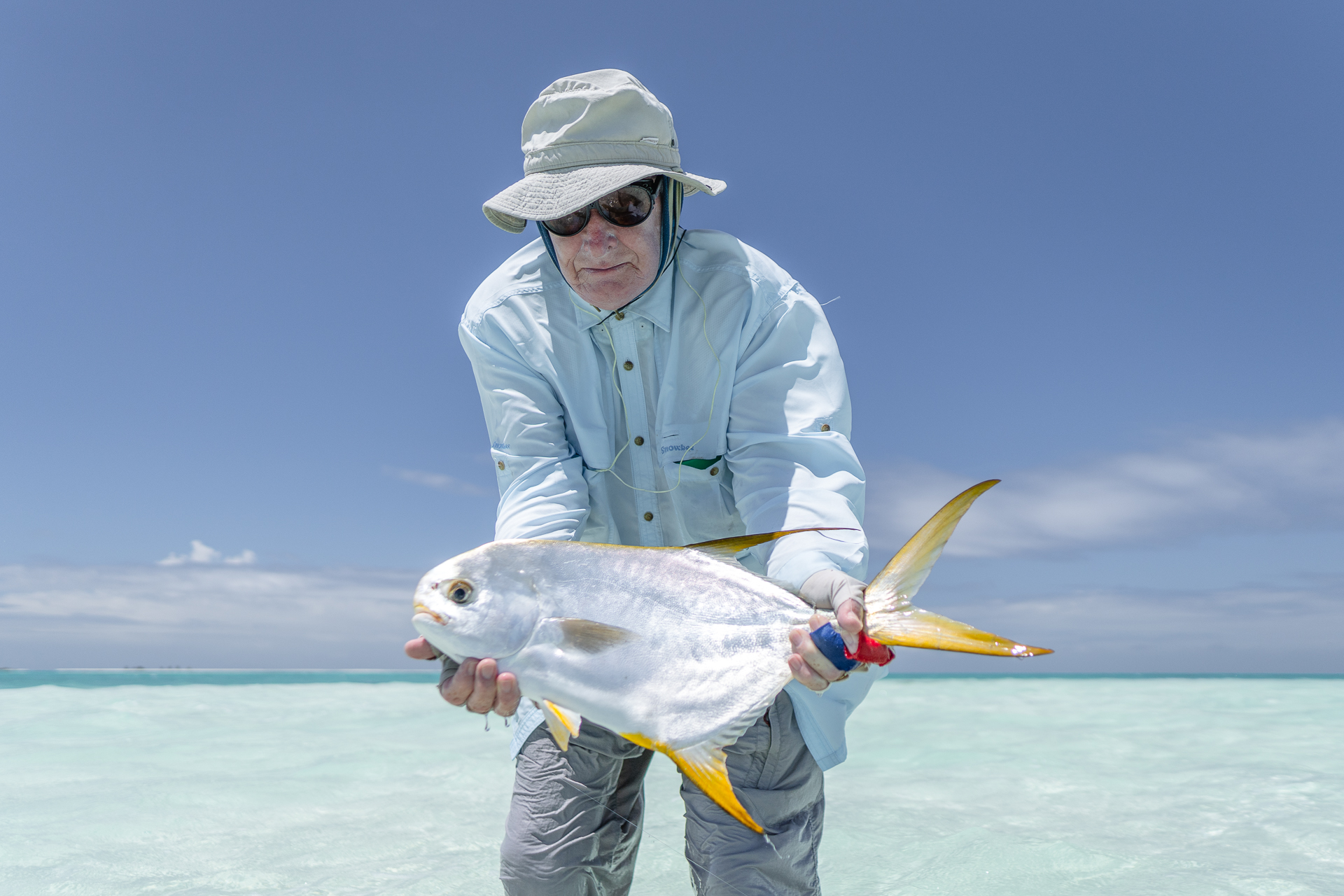 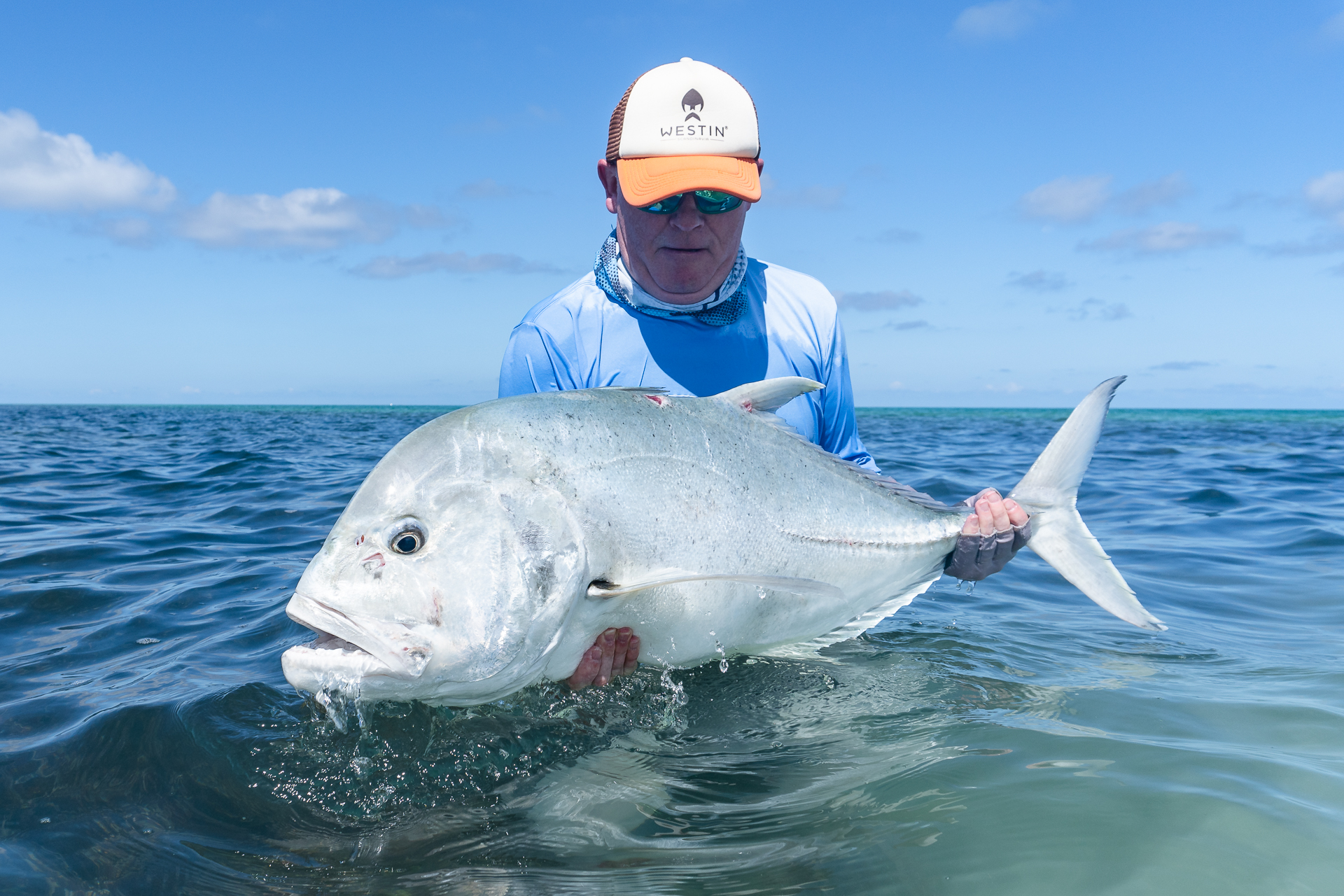 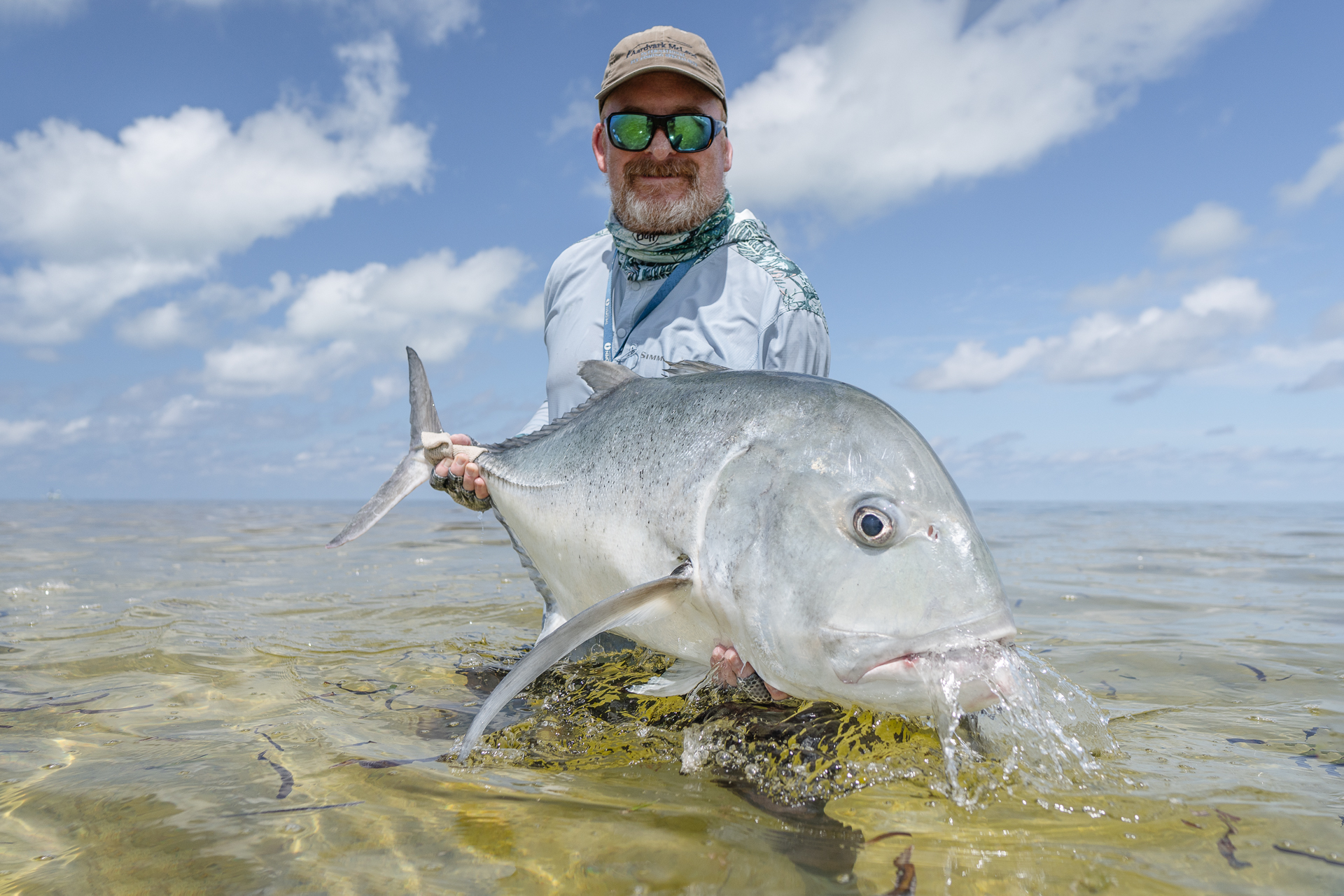 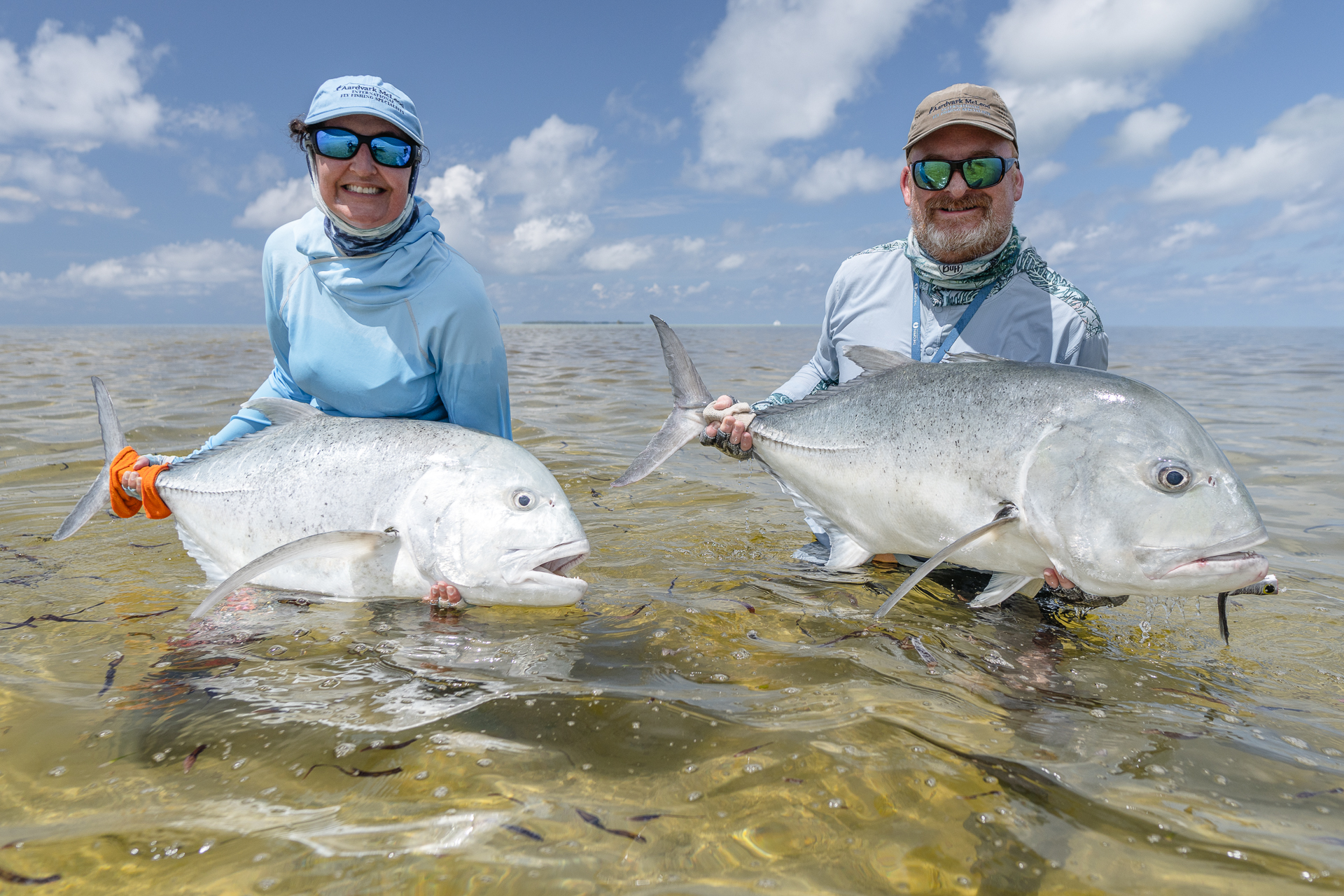 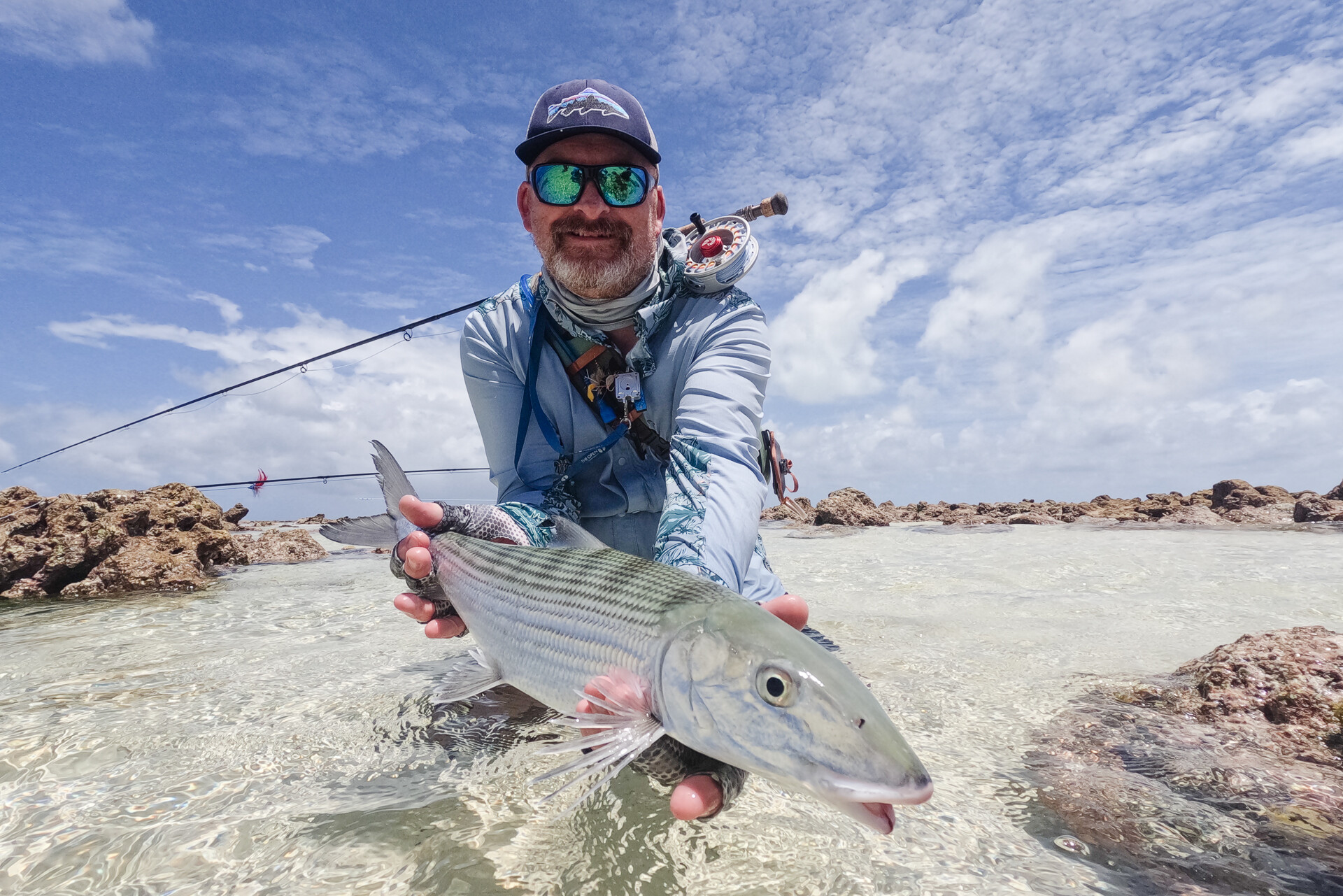 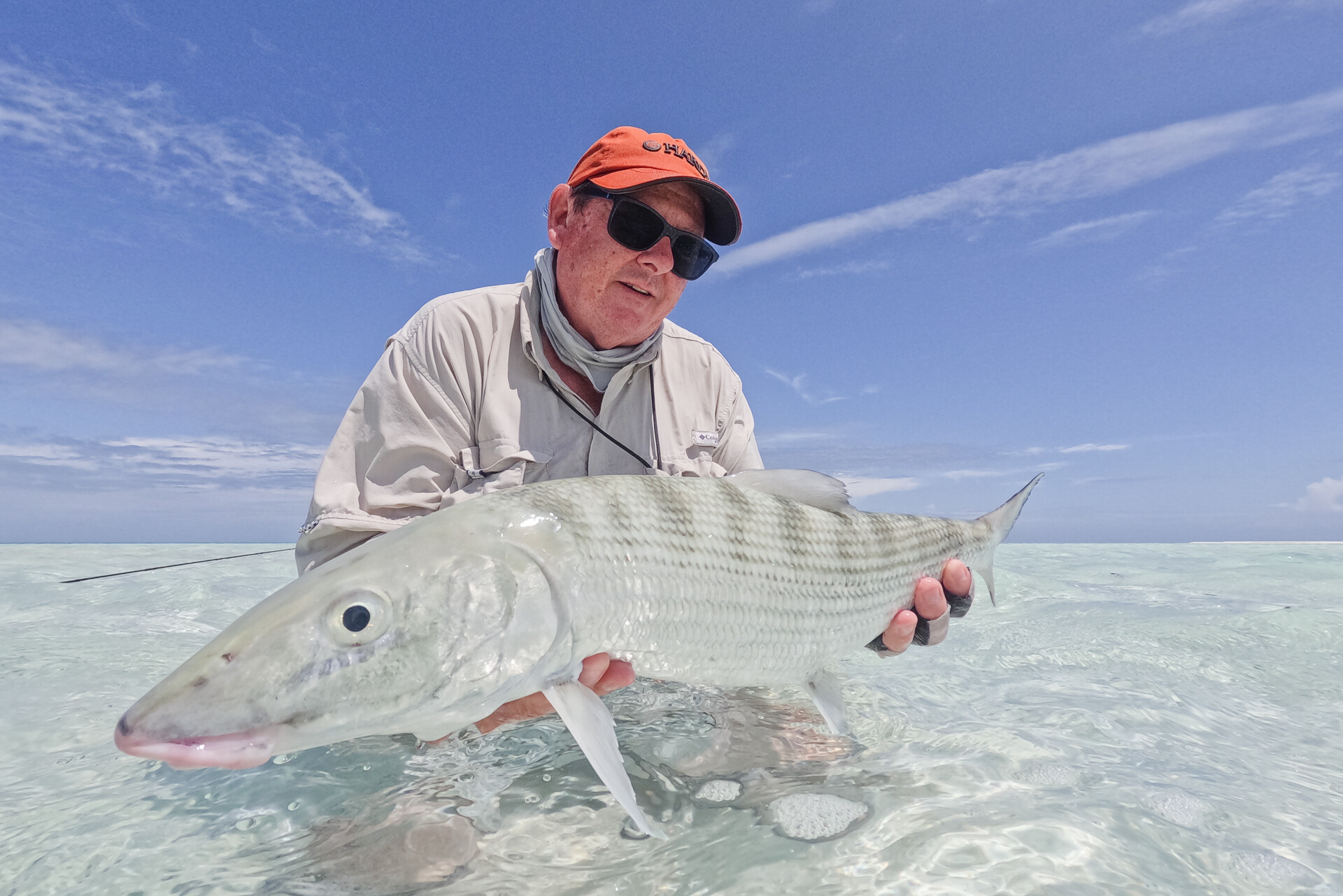