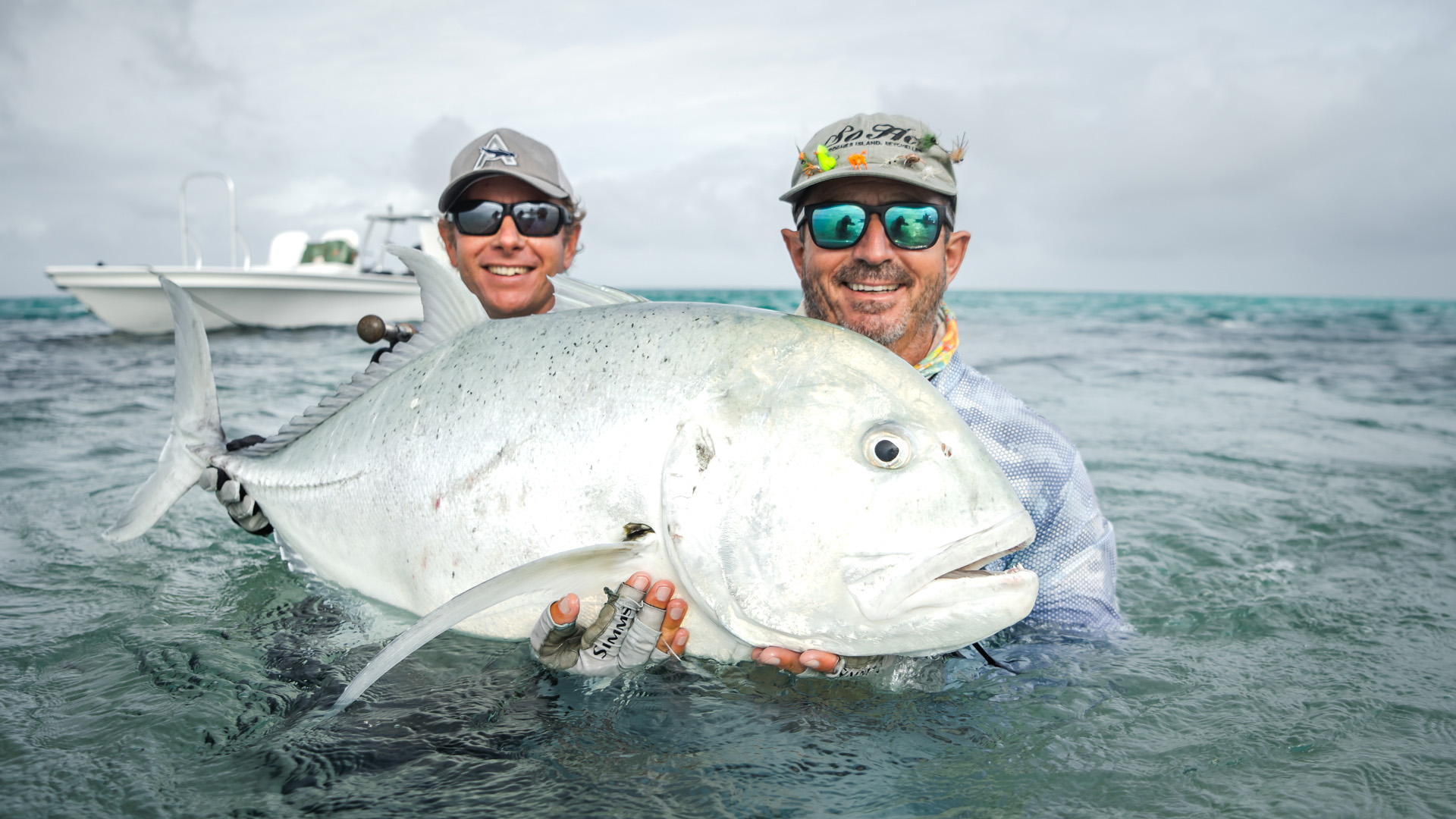 Week two of the season followed closely on week one with some outstanding catches noted. The tides were in springs which raised excitement as the rested surf zones became accessible as well as the finger flats in the inside of the lagoon.

Day one started with Justin Kemp deciding to commit to a surf walk and it paid off with a magical GT and multiple shots at triggers. Chris Cox opted to scan the lagoon and fingers for anything that swam, and was rewarded early in the day with some skinny-water bones and a respectable titan trigger. Whilst searching for the ever tricky yellowmargin, which had eluded him throughout the first week, he came across a single permit happily feeding. A quick fly-change by his guide and a well-placed cast resulted in him hooking up on an unbelievable 61 cm golden nugget. Chris’ luck did not stop there! He went on to claim the ‘biggest-fish-of-the-week’ crown by tussling with a 109 cm GT that eventually gave up and was landed with high-fives all around! This rewarded Chris with the first Super Slam of the season.

The week rolled on with excellent catches! Justin Kemp managed three triggers in a day, a decent bully-of-a-GT and two permit. Ray Cadiz landed the biggest yellowmargin trigger of the season so far, stretching the tape to 51 cm, as well as a Flats Slam and two more permit to add to his tally.

Alphonse Island’s fishery has certainly proved its’ variety and pure wildness over the past two weeks and we cannot wait to welcome the rest of our anglers to join us for the coming season. 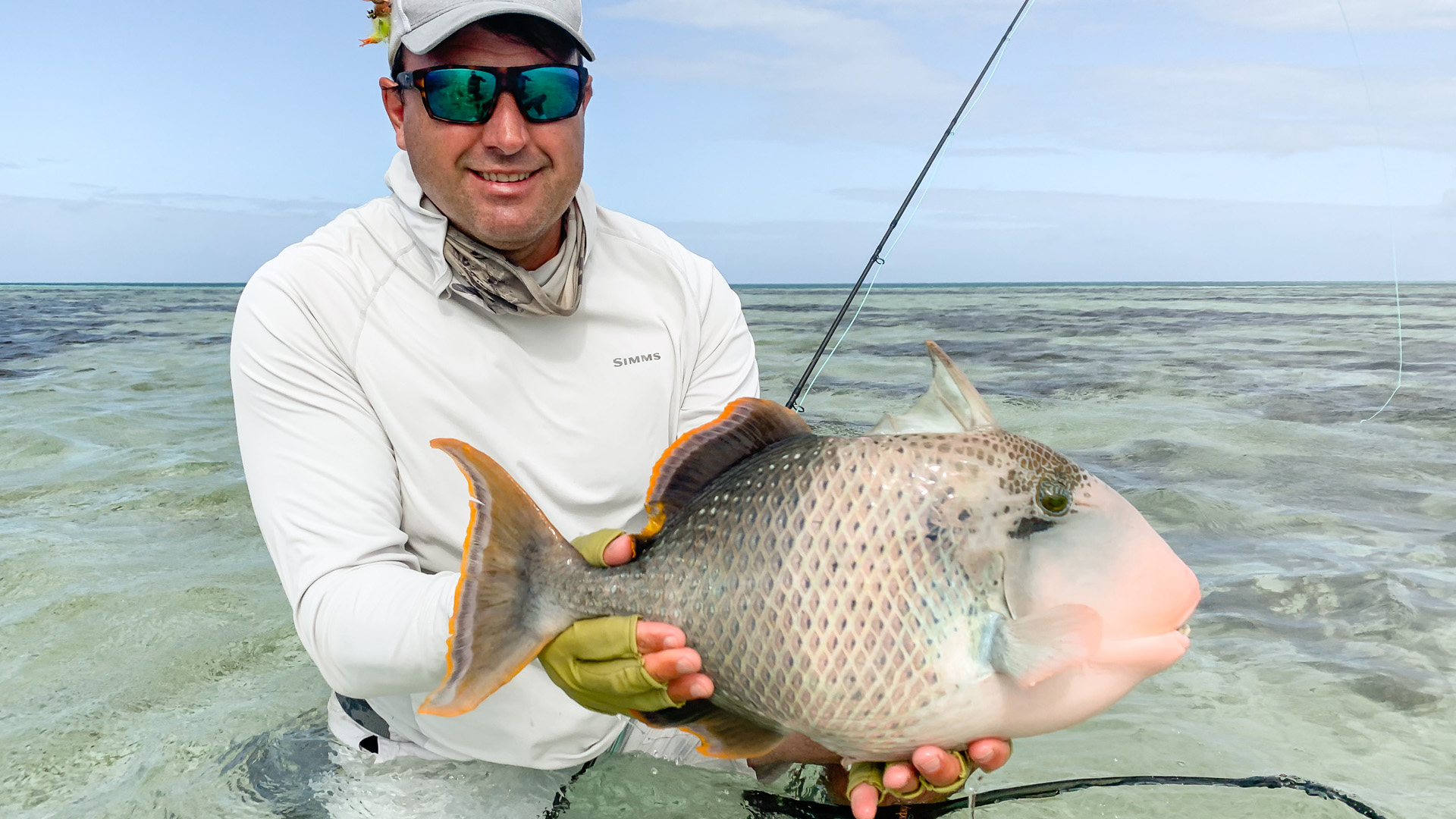 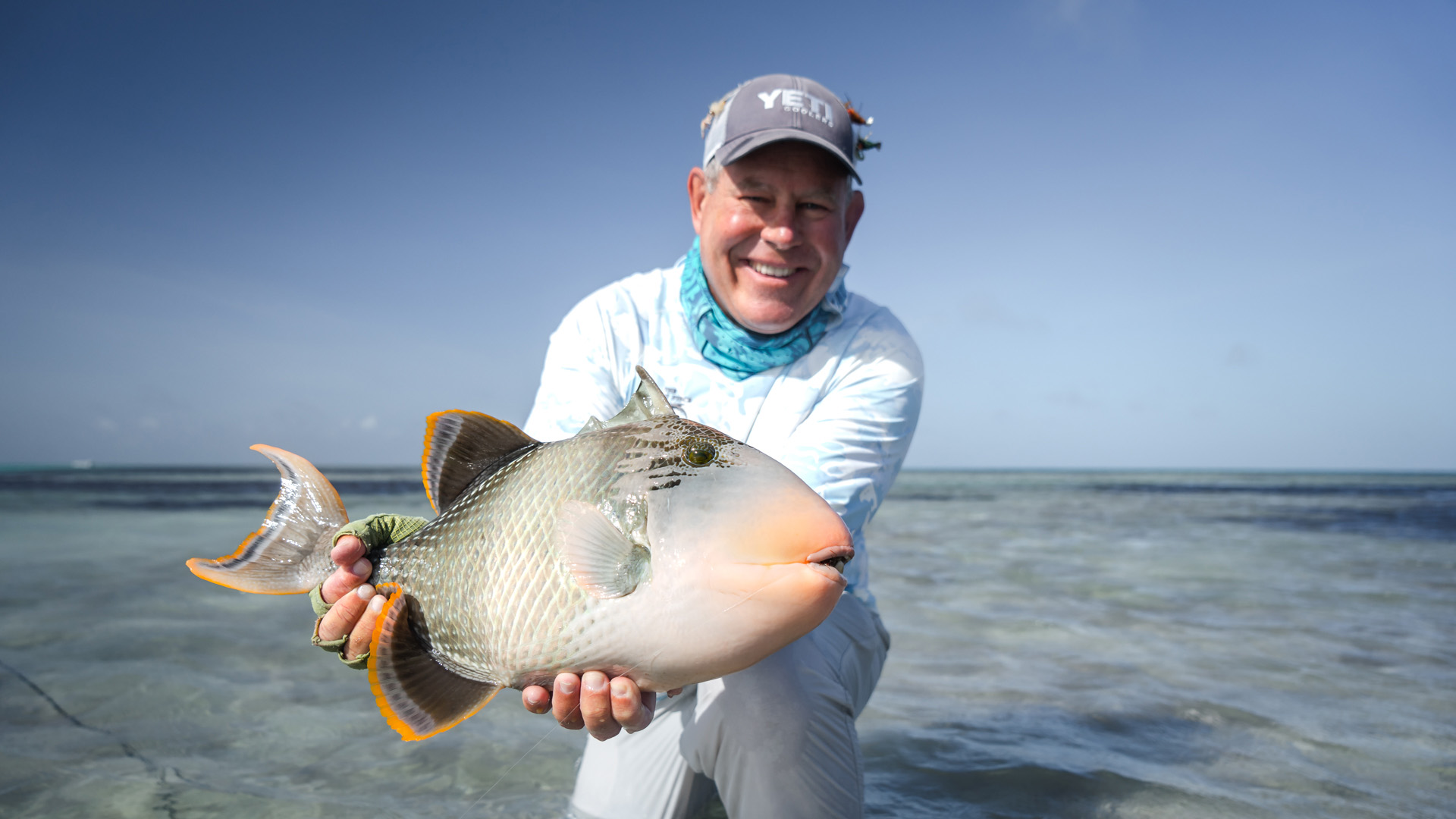 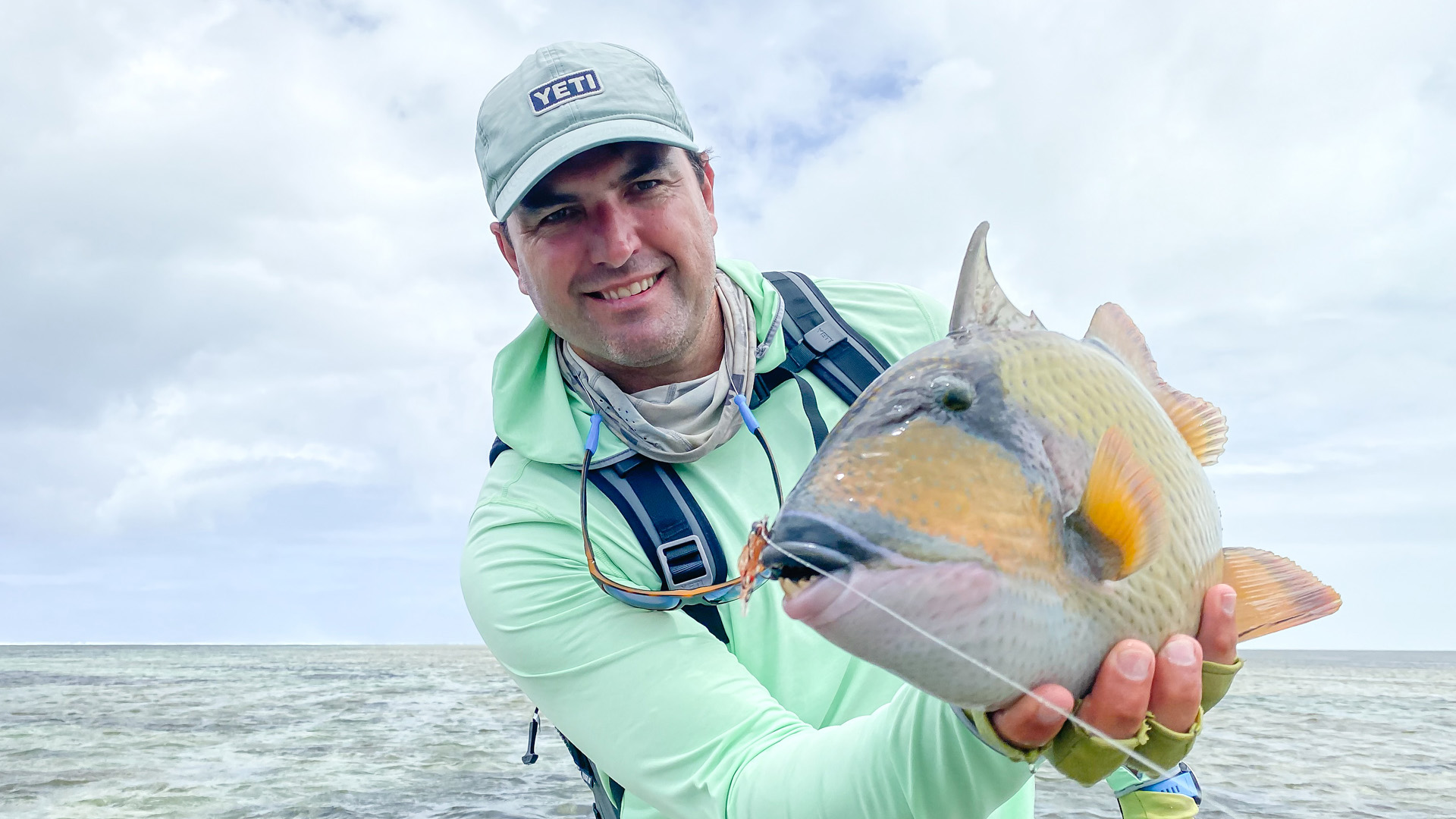 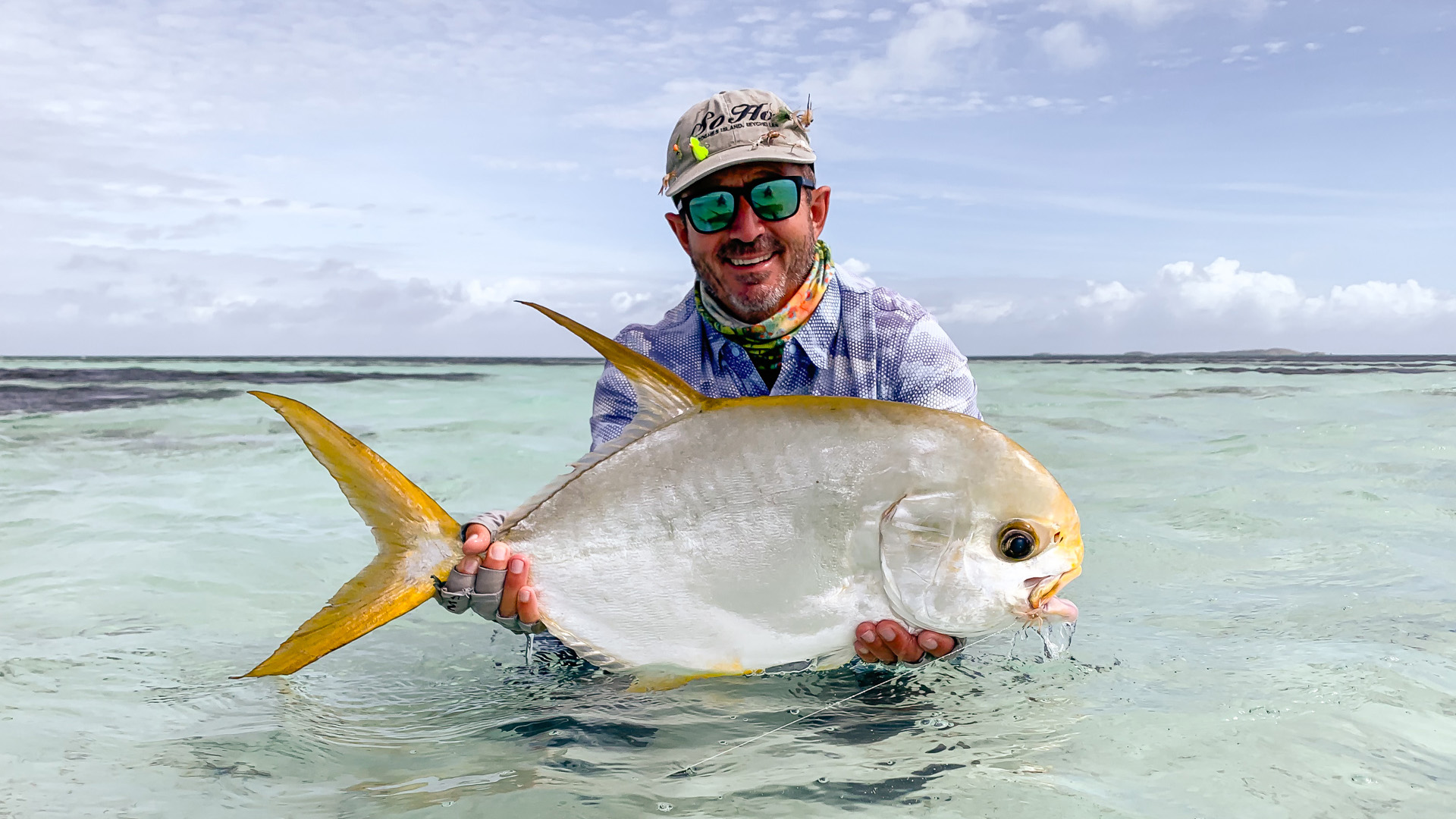 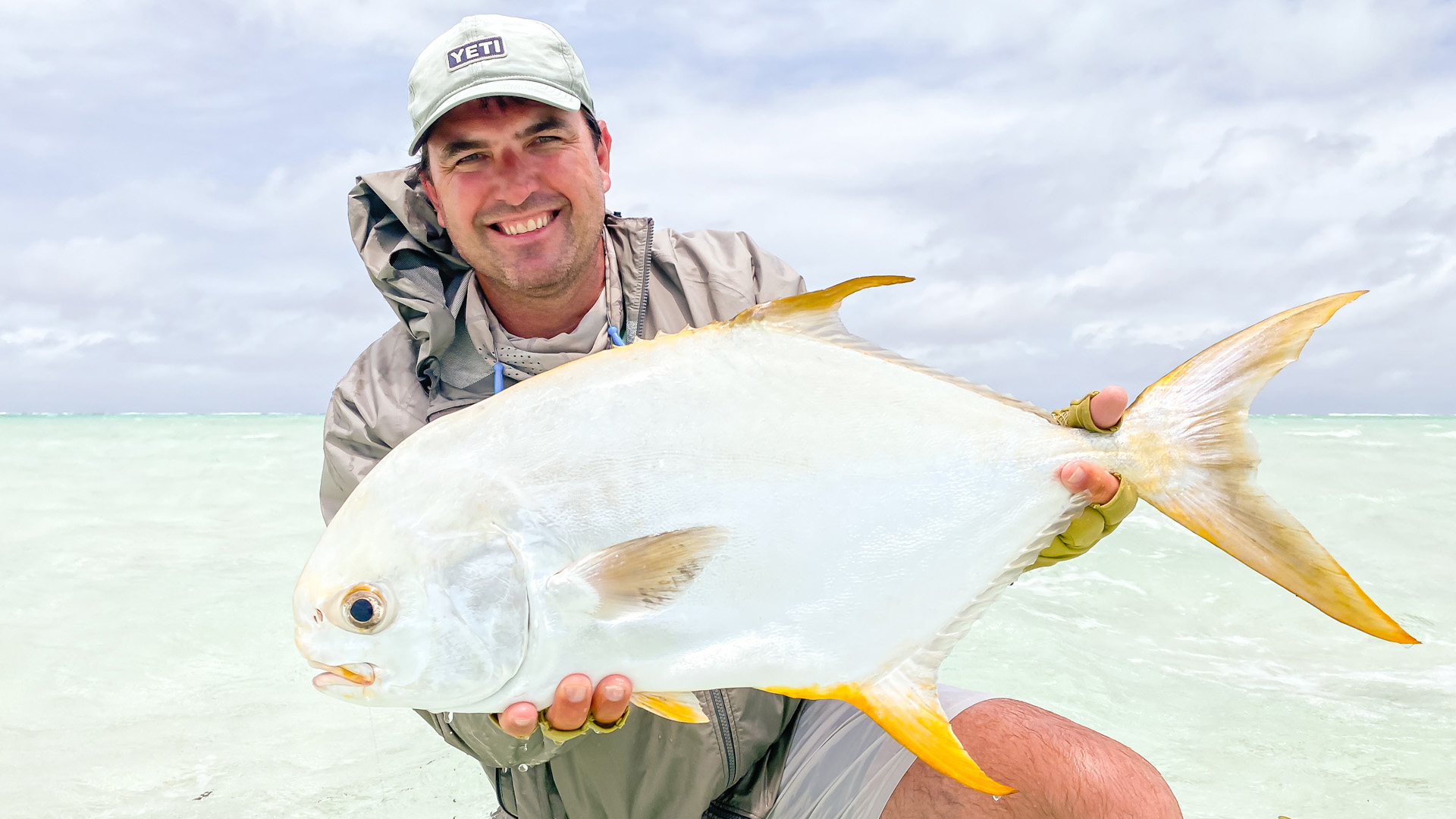 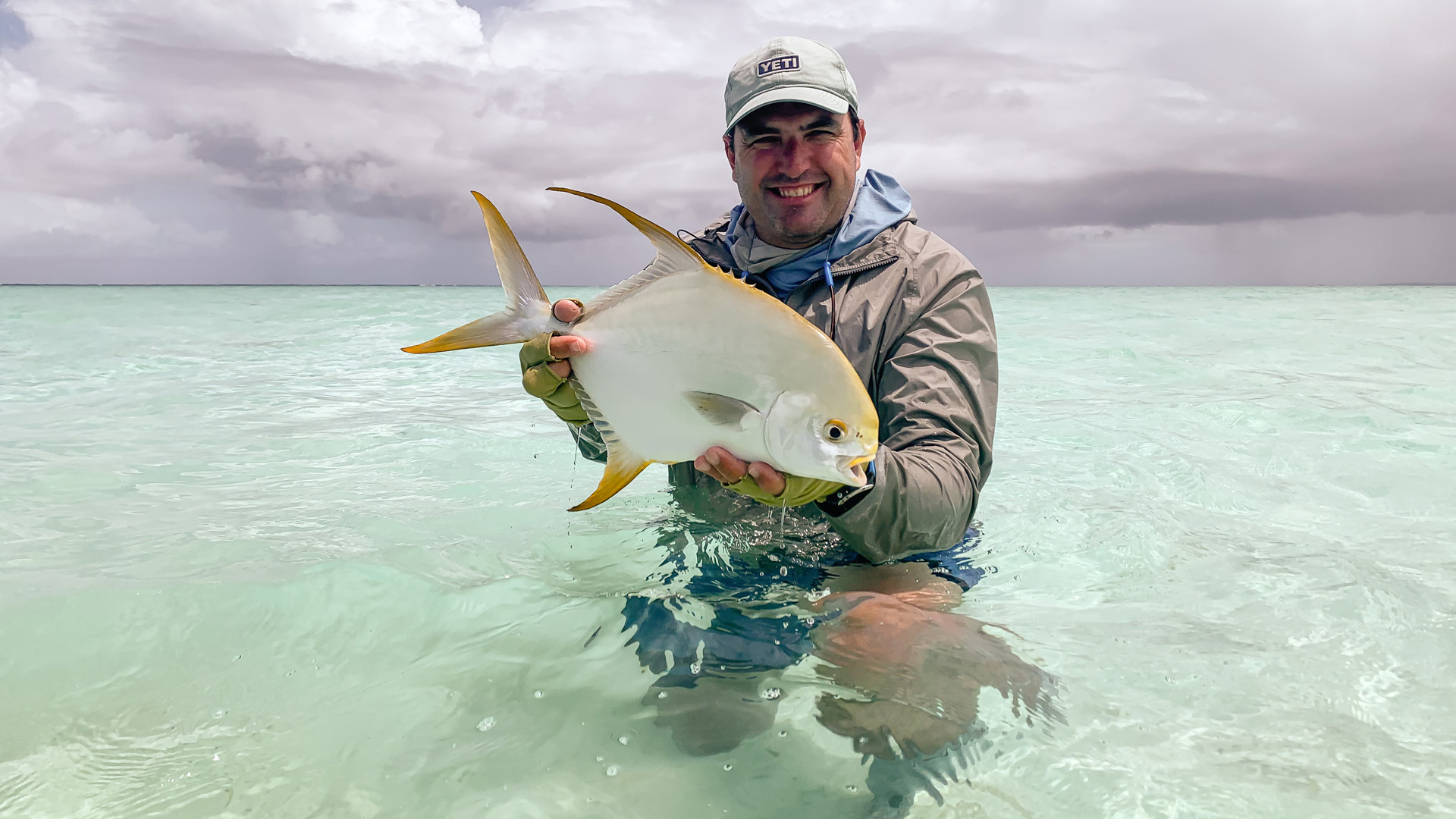 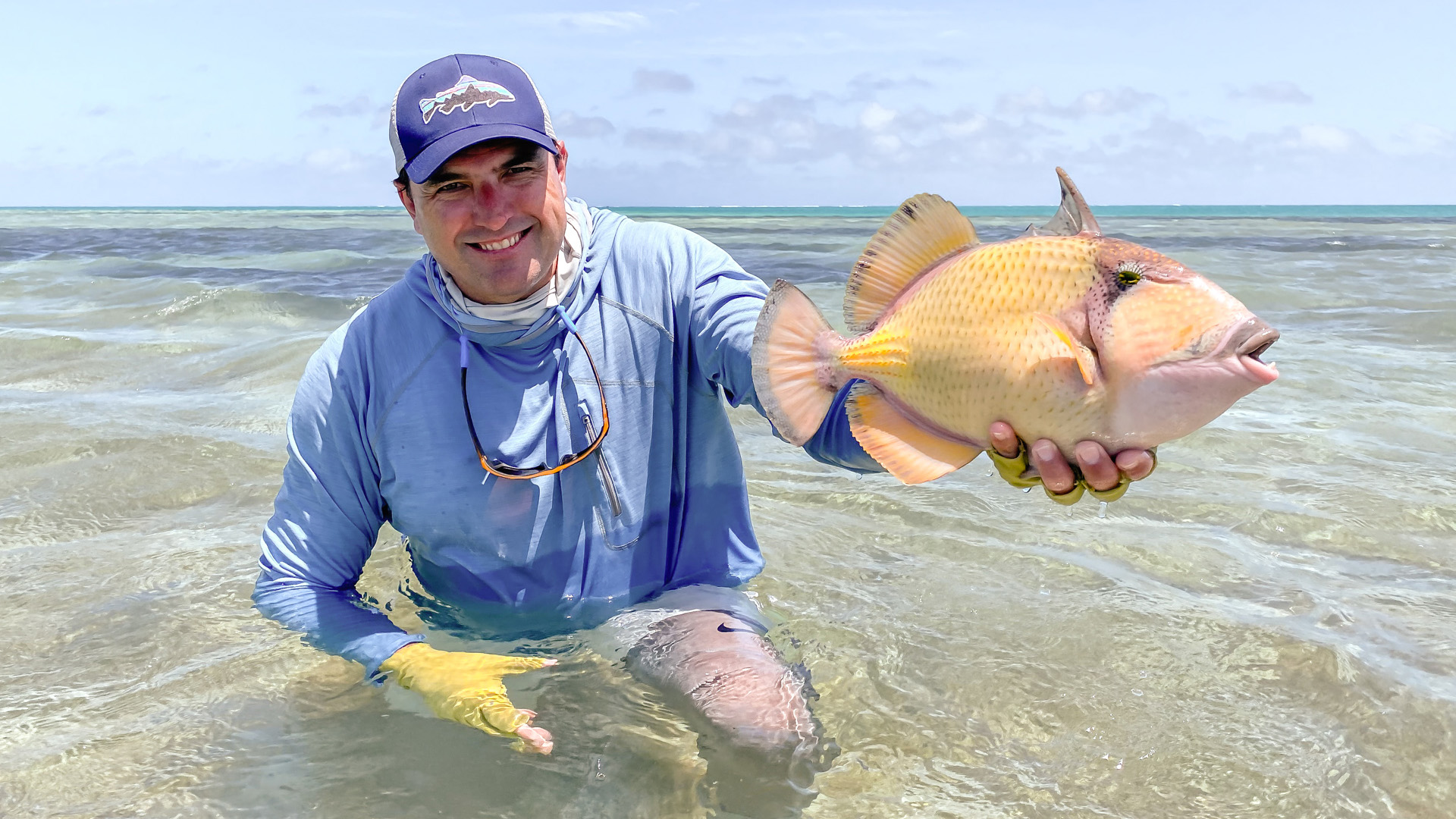 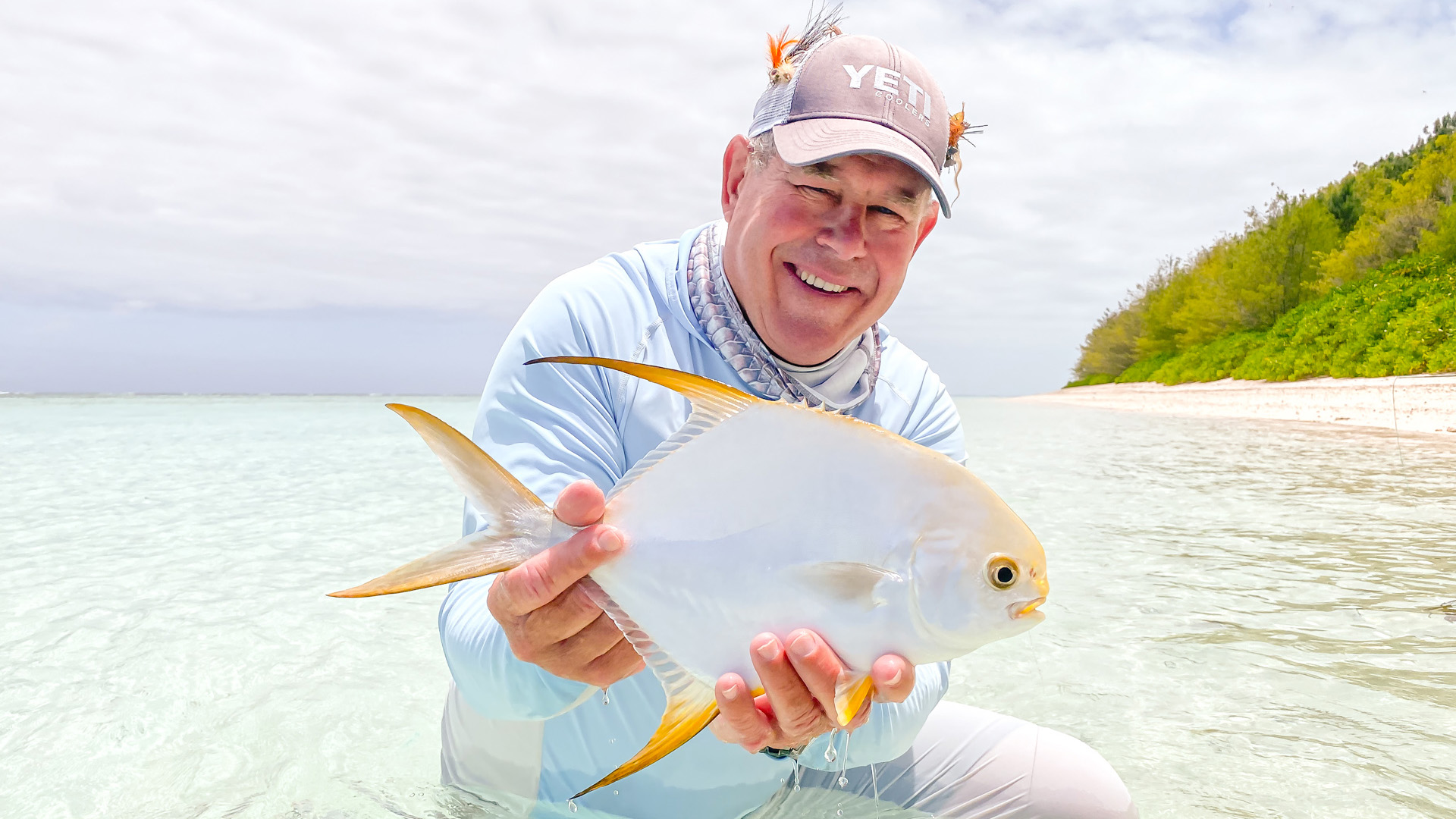 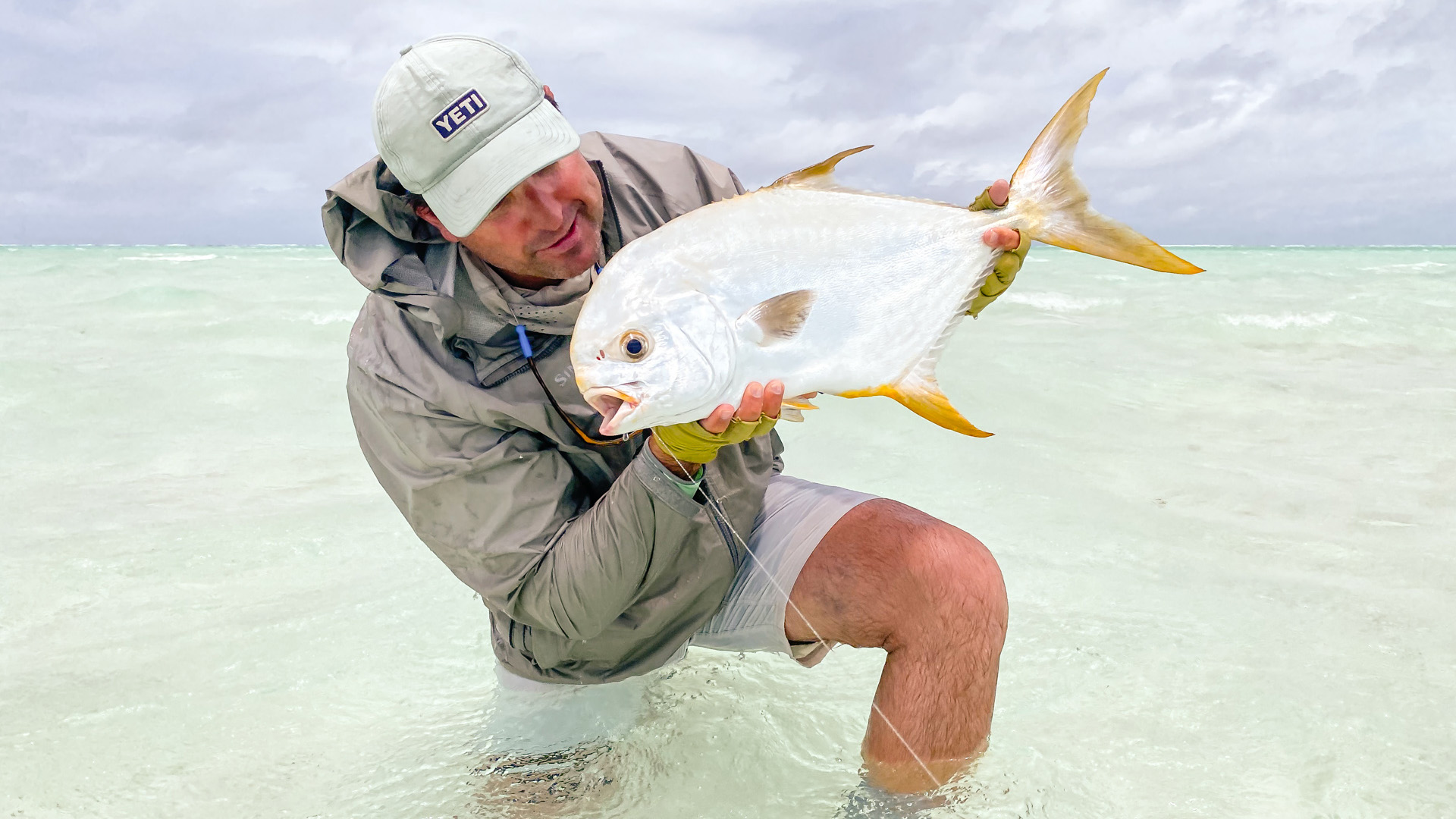 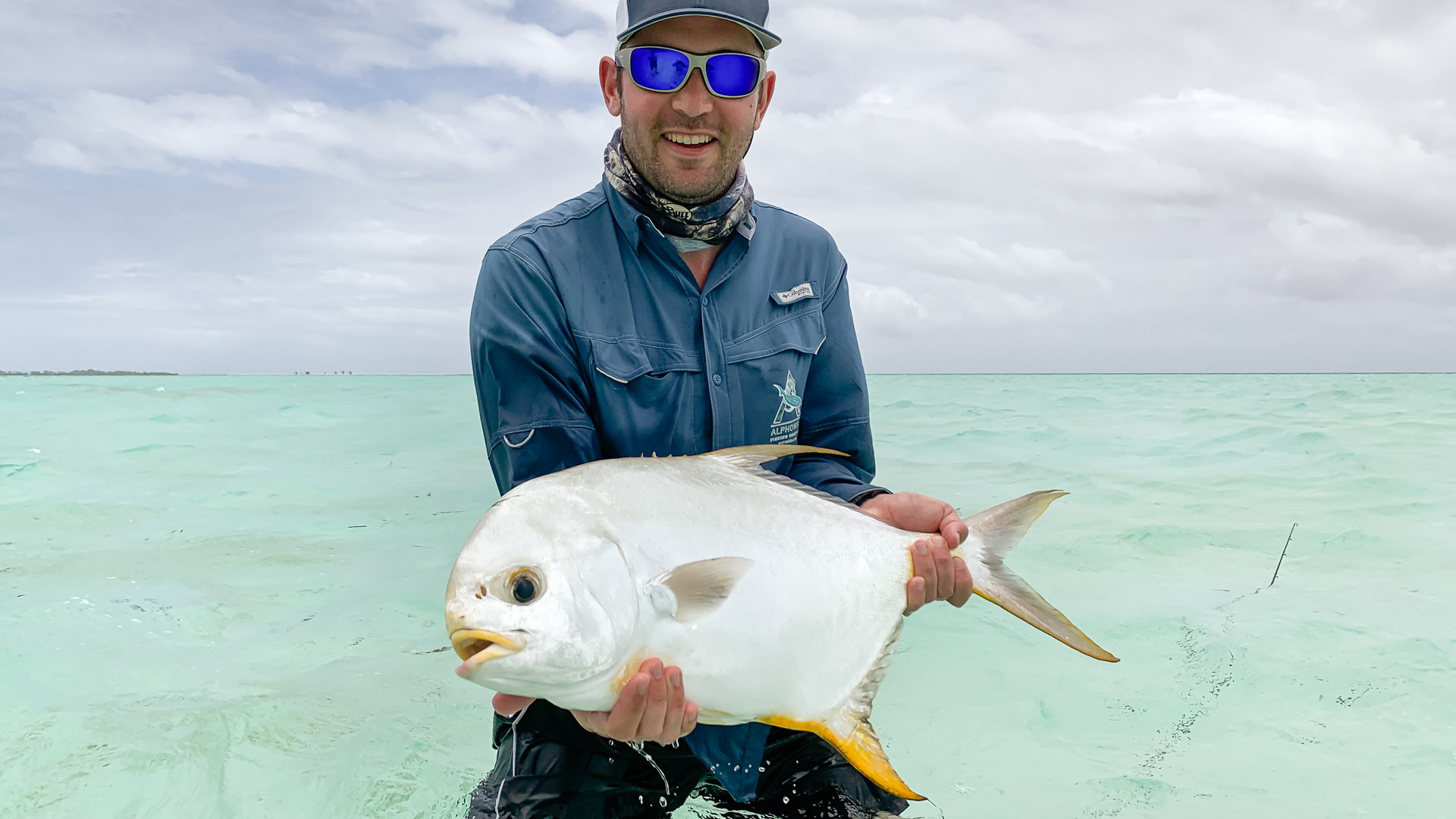 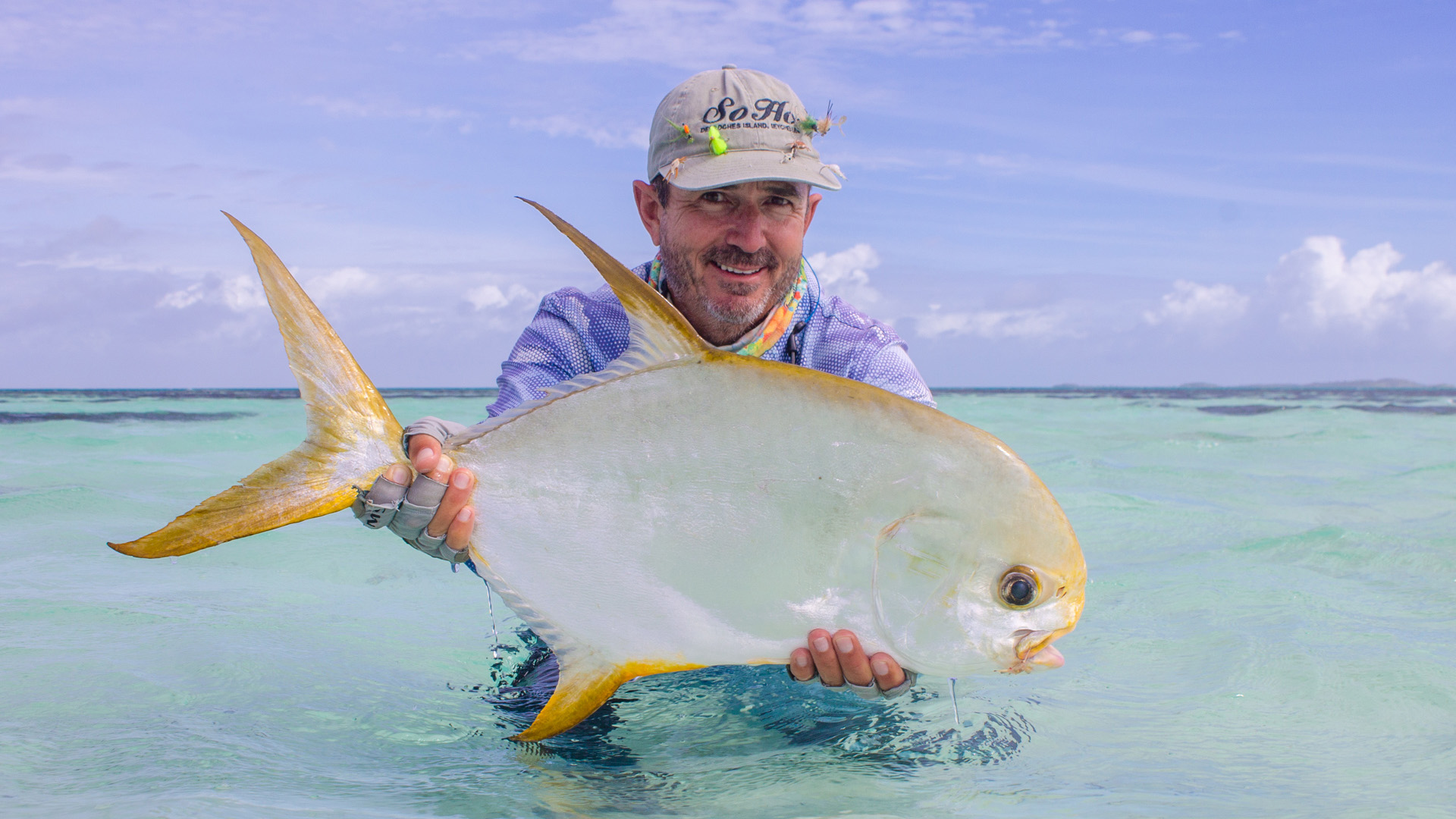 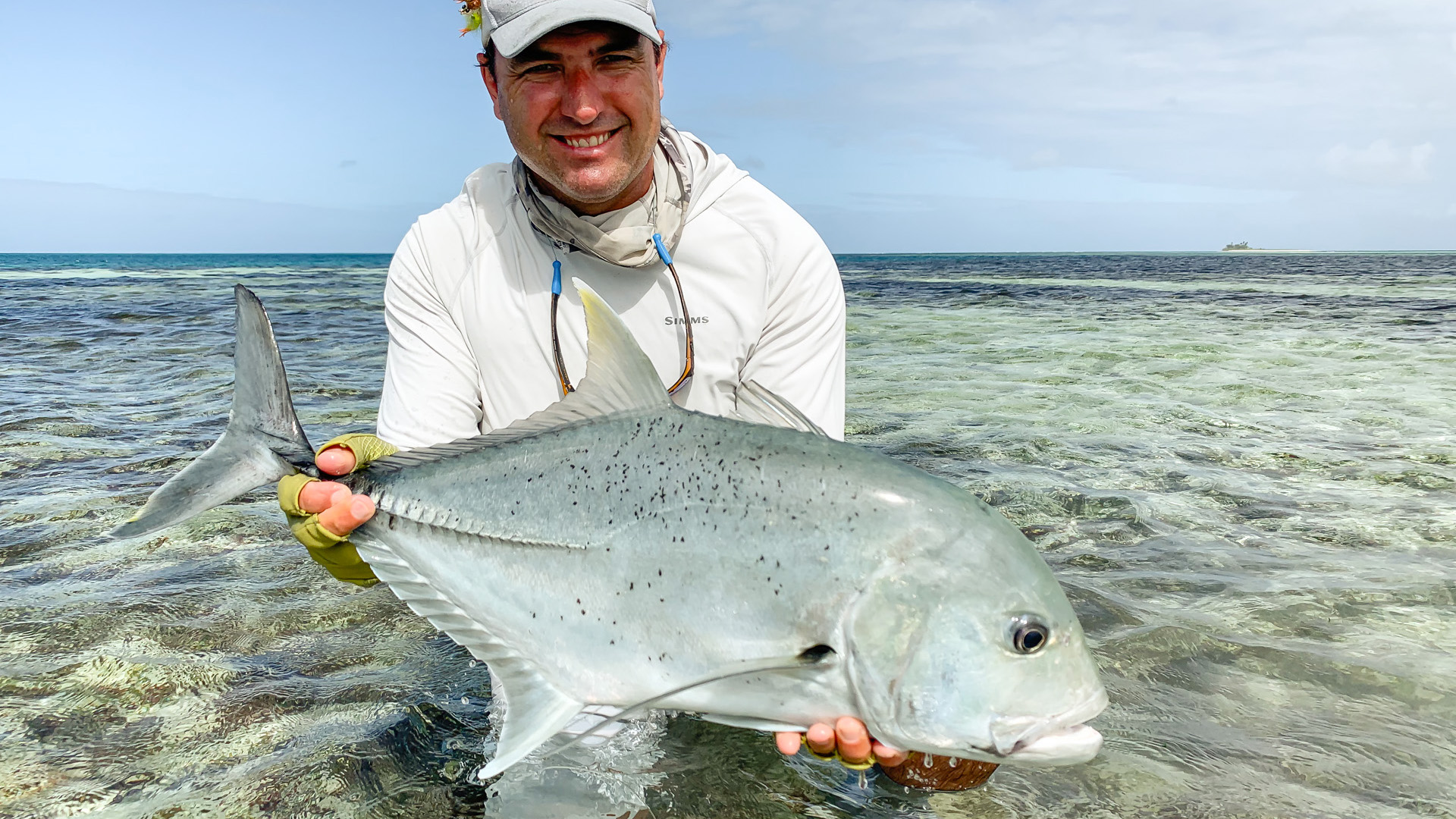 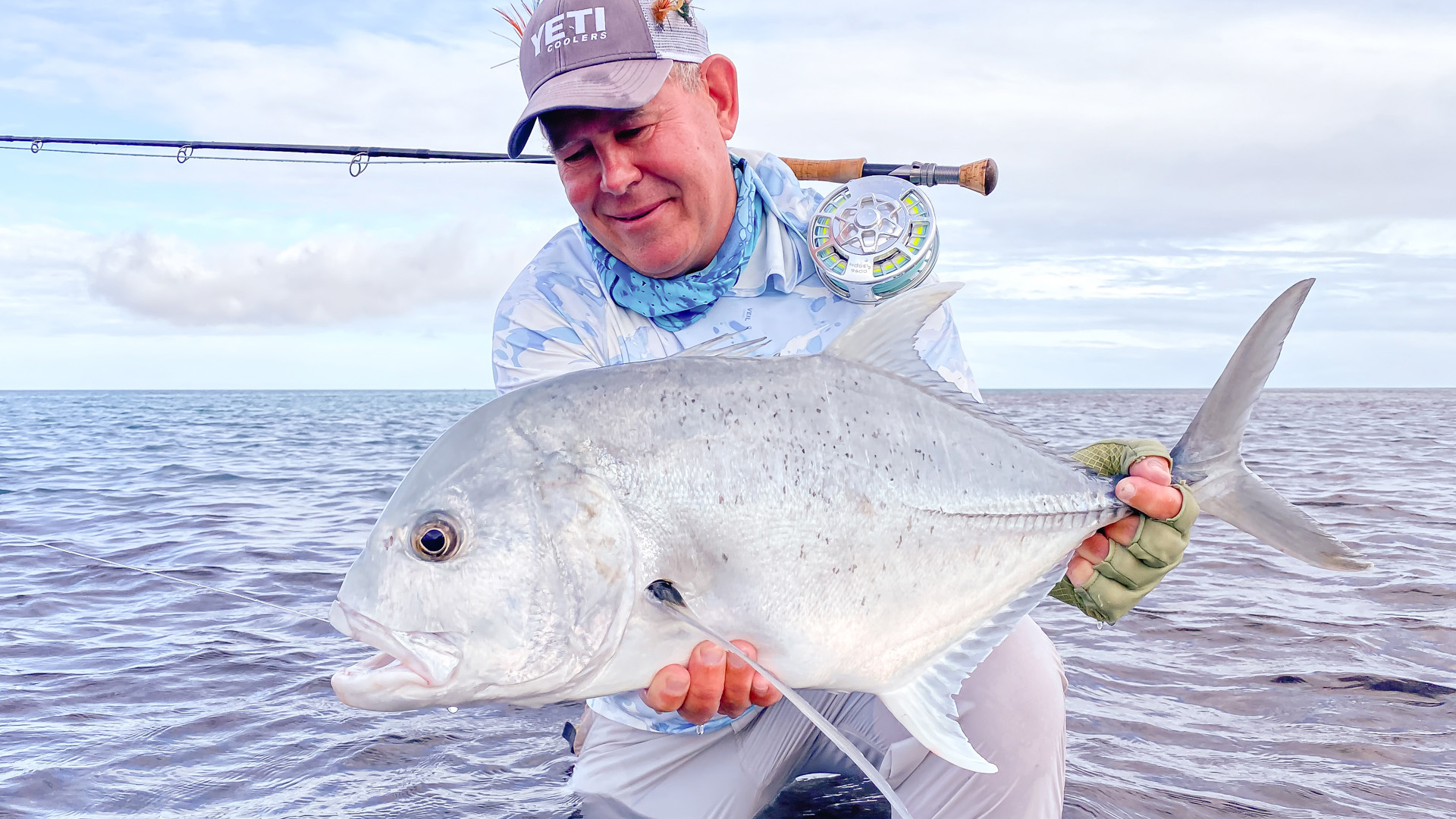 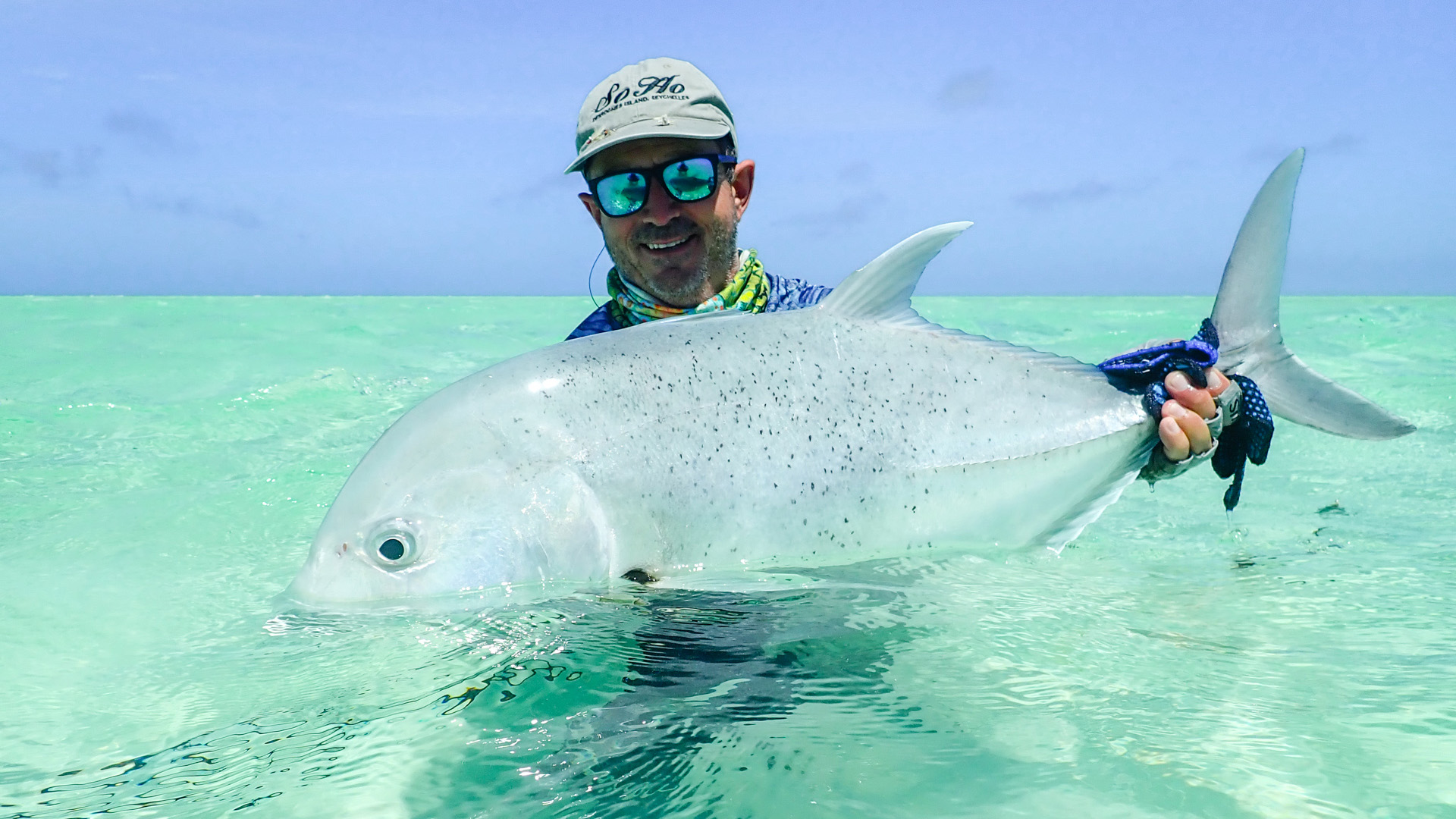