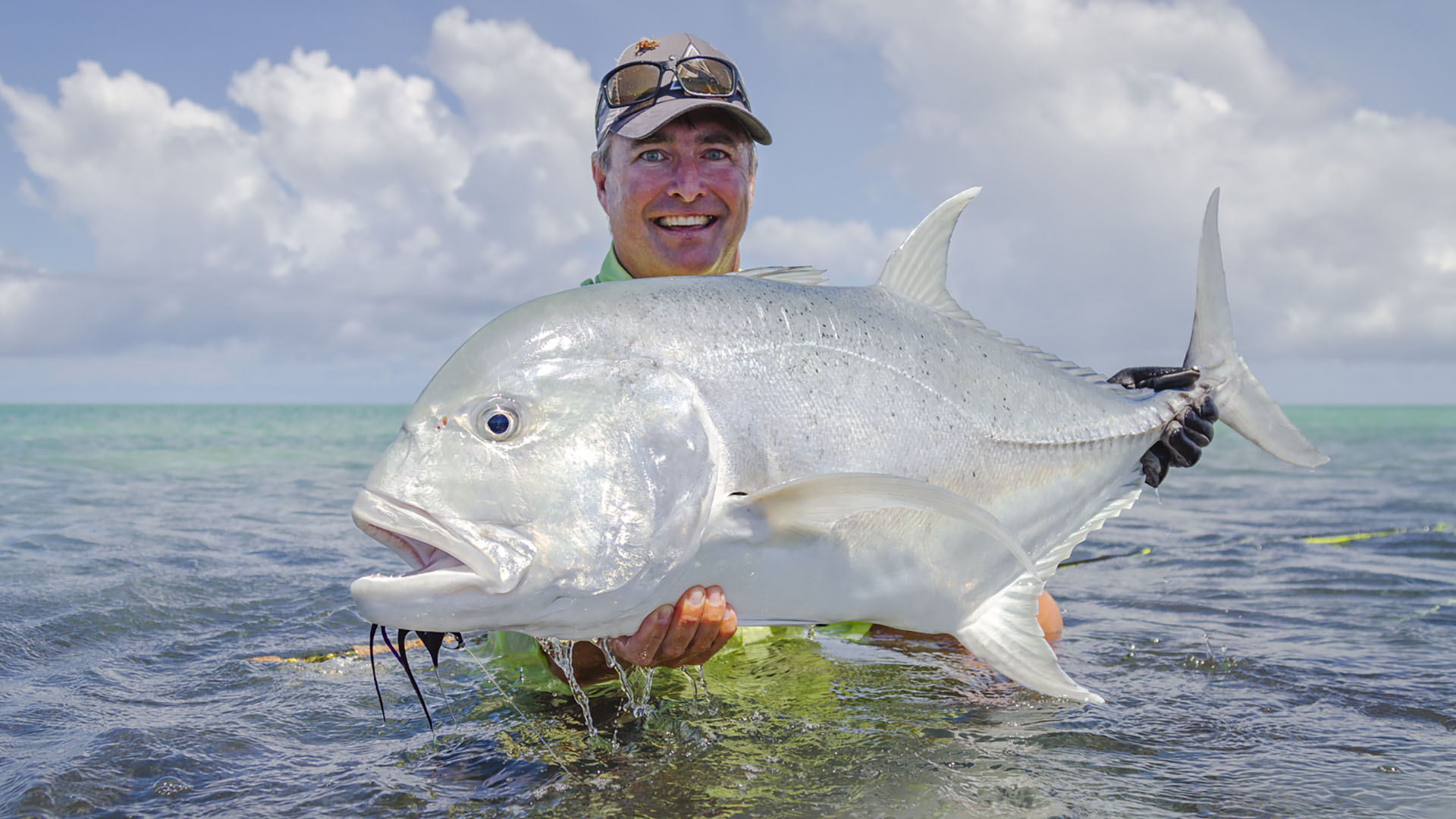 The fishing around Alphonse and St Francois has been exceptional over the last week and some brilliant catches have been reported. Anglers were able to fish a neap tide for most of the week. The beginning of the week started with excellent weather with the wind swinging between east and west. Towards the end of the week, the wind finally settled in a westerly direction which brought with it some amazing GT fishing as well as the bonefishing being on top form! Anglers managed to land a total of 269 bones over the week.

Day one of the week started off well for Mark Jensen. Mark landed a beautiful 94 cm milkfish off the boat guided by the legendary Kyle Simpson. Josef Kuncl managed to land his very first bonefish and Stuart Bird landed a large 62 cm GT. On day three Alan Olivier and Stuart landed a 66 cm and a 70 cm GT.

Nick Jensen decided to try his luck on a bluewater expedition. The guide team managed to raise eight sailfish and Nick was fortunate enough to also land a wahoo on fly. On day four a very keen young angler, Luke Waterman landed his very first flats slam guided by James Christmas. Luke landed a massive moustache triggerfish, a nice 66 cm GT and a nice sized bonefish. Luke aspires to become a fly fishing guide in the very near future.

From the Alphonse Fishing Co. Team on Alphonse. 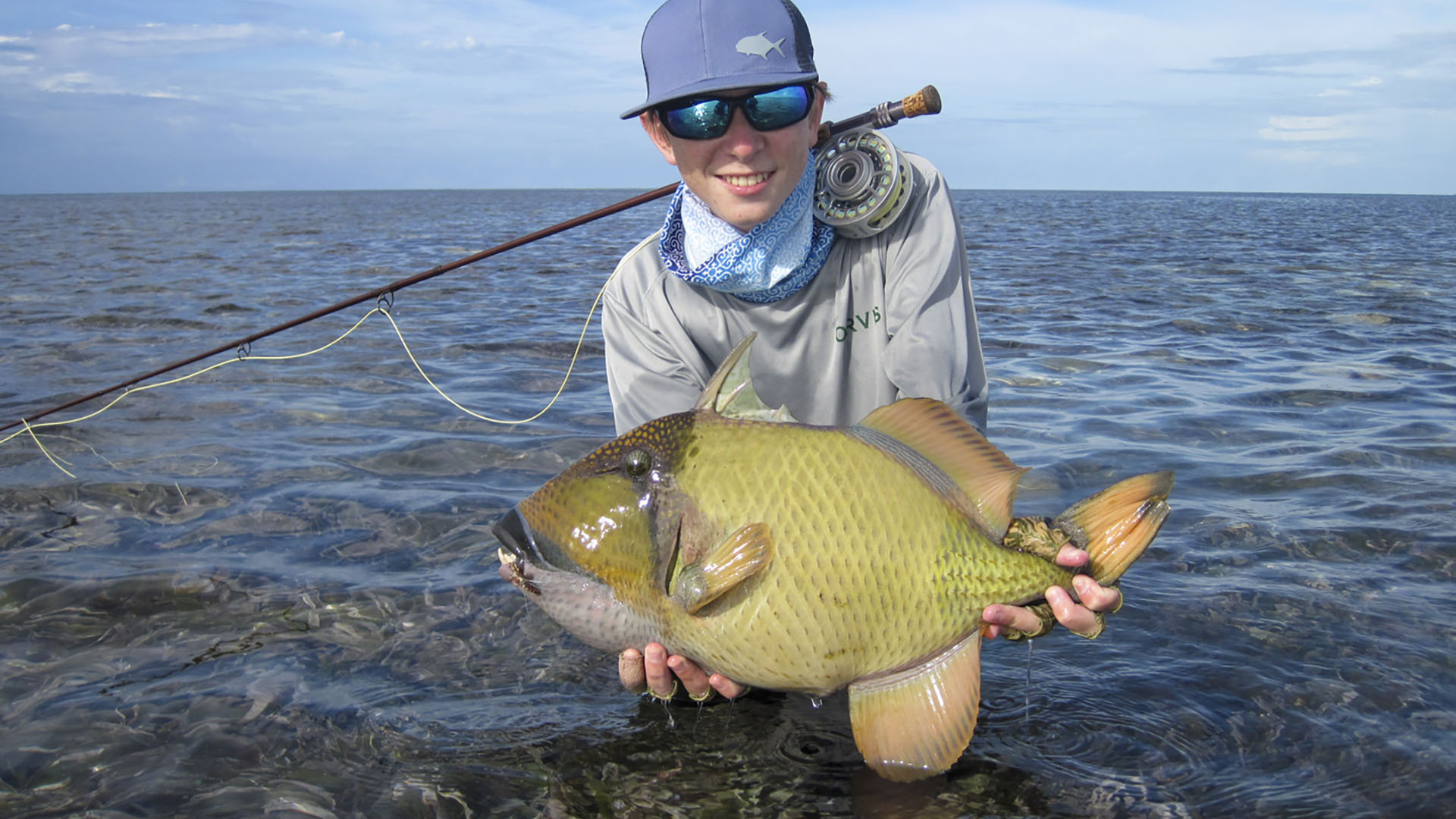 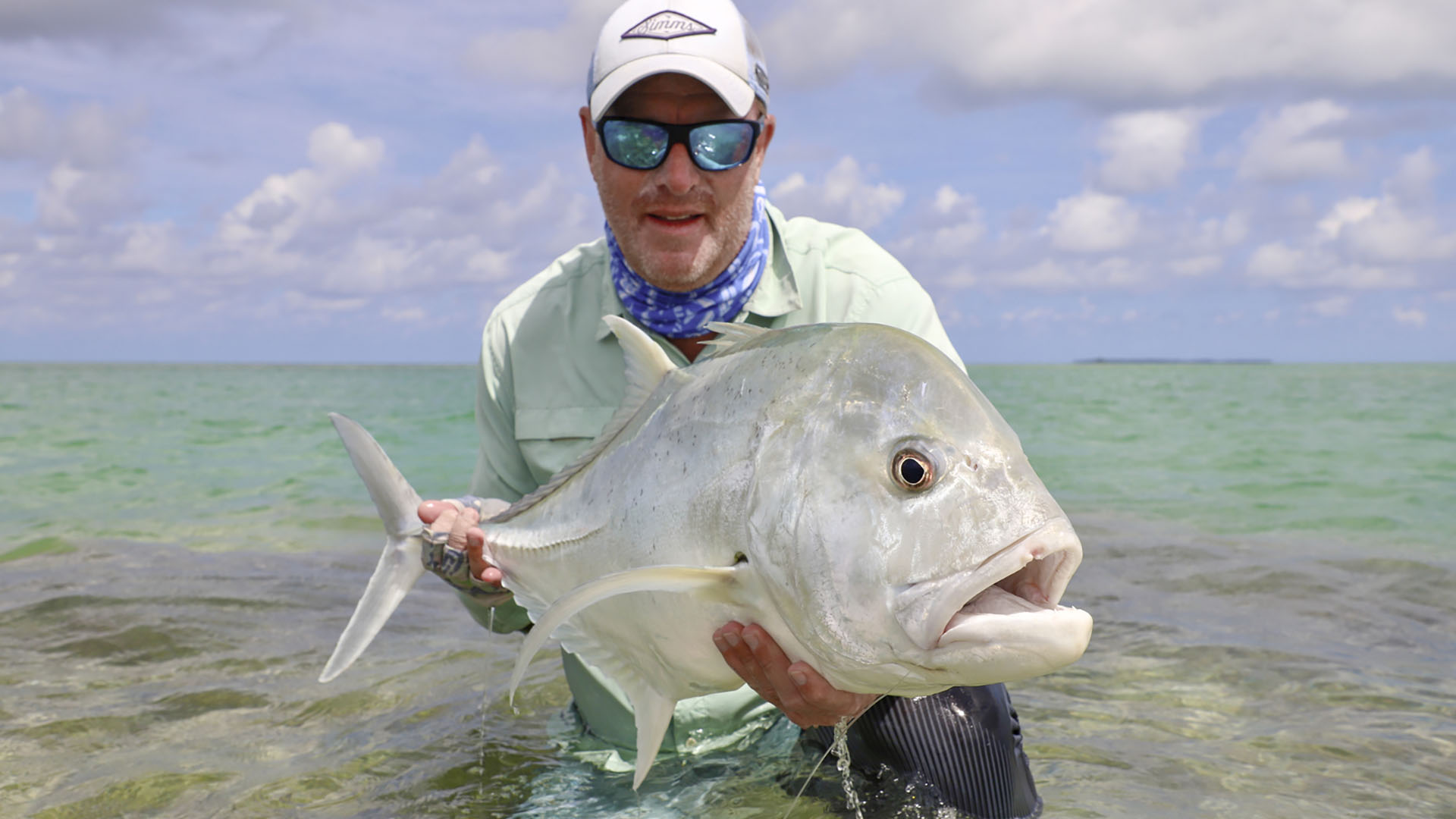