Anglers of Alphonse & St. Francois experienced optimal weather and peak spring tides, flushing the lagoon making for remarkably clean water and excellent fishing. Impressive numbers of quality size Bonefish were logged throughout the week as the anglers who chose to pursue them catching 20 or more fish per day with many large singles reaching 60 cm.

David Anchell and John Samuels started their week off on the blue water boat both landing sailfish on fly and later moving on to the flats and catching bones to complete the “Bills & Bones” slam, a feat only accomplished in a few places in the world. The GT fishing remained consistent with the largest fish of the week measuring 85 cm caught by Laurent Dobler in the surf of St. Joseph’s, he also managed two Bluefin Trevallies of 60 cm. Kevin Perry had a remarkable week managing to land two GT measuring 78 and 70 cm at Helmet’s Knoll and also acquiring his target species of a 54 cm Indo Pacific Permit at the Horseshoe.

John Samuels stopped a 65 cm solo cruising fish within the first thirty minutes of his day on the white sands of Guantanamo Bay while across the atoll at TamTam flat Gerald Hoey picked an 83 cm fish off a ray which received an acoustic tag adding to the GT research program. One lonely Moustache Triggerfish was caught on the week by David Anchell while walking the surf at Small Wreck. 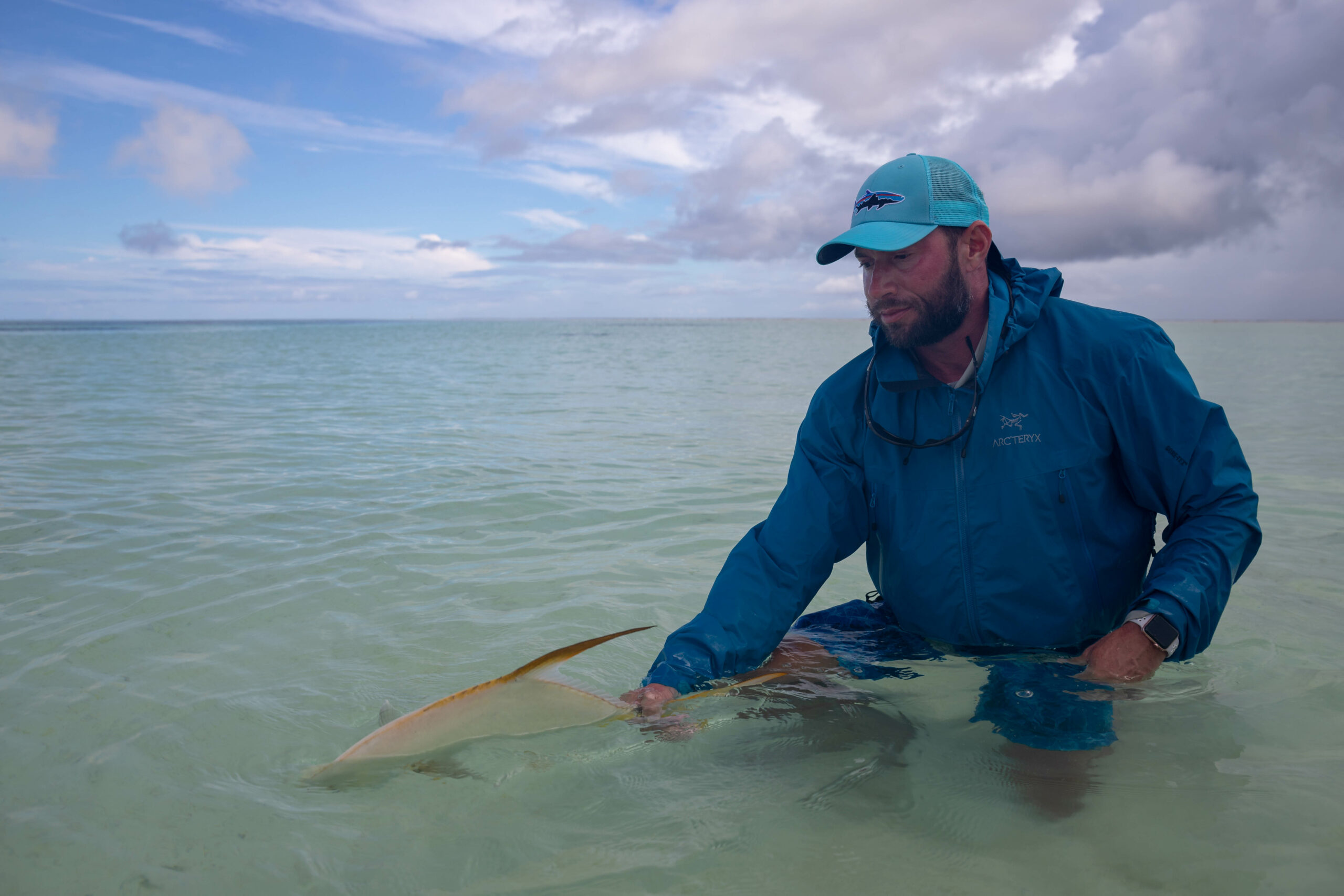 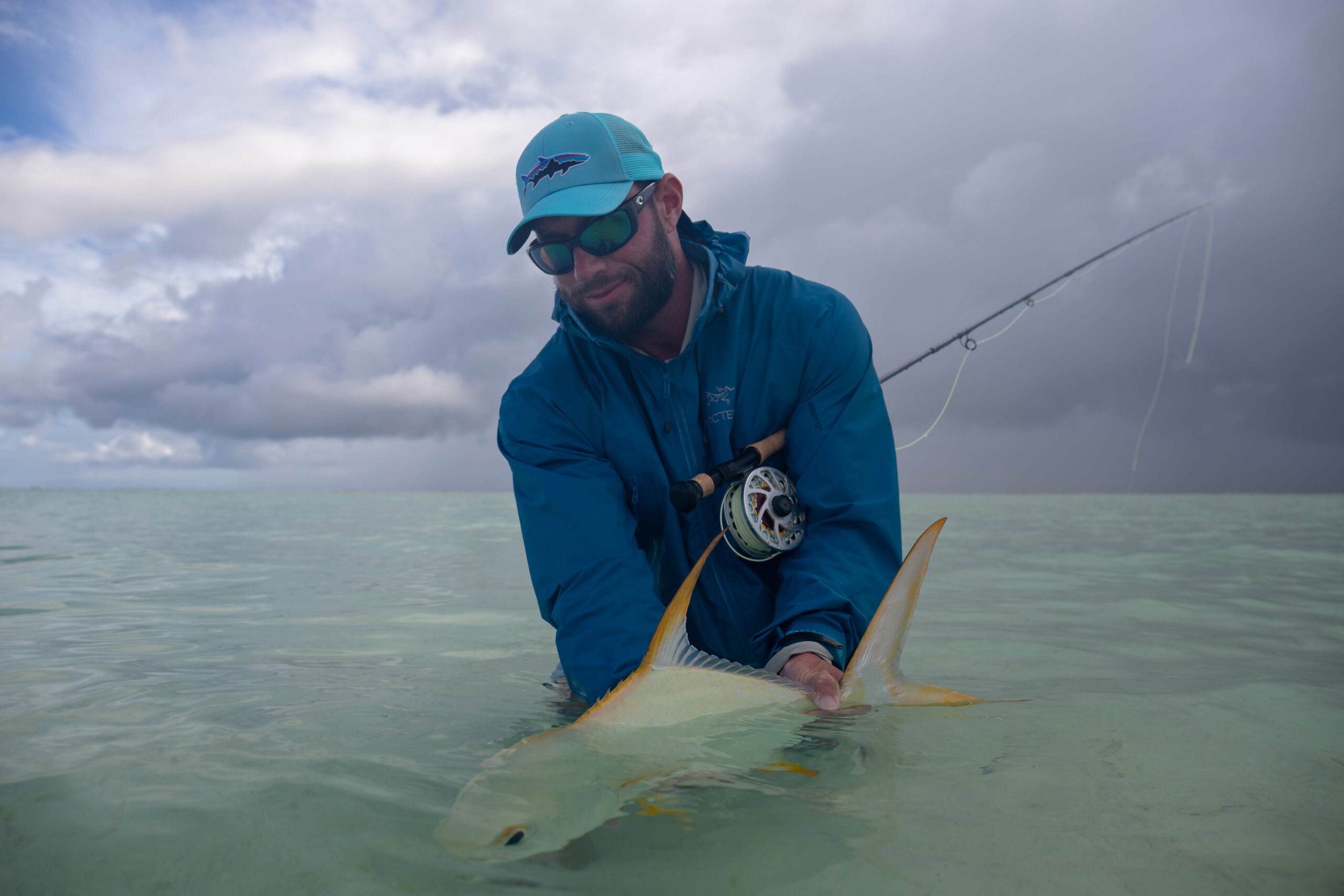 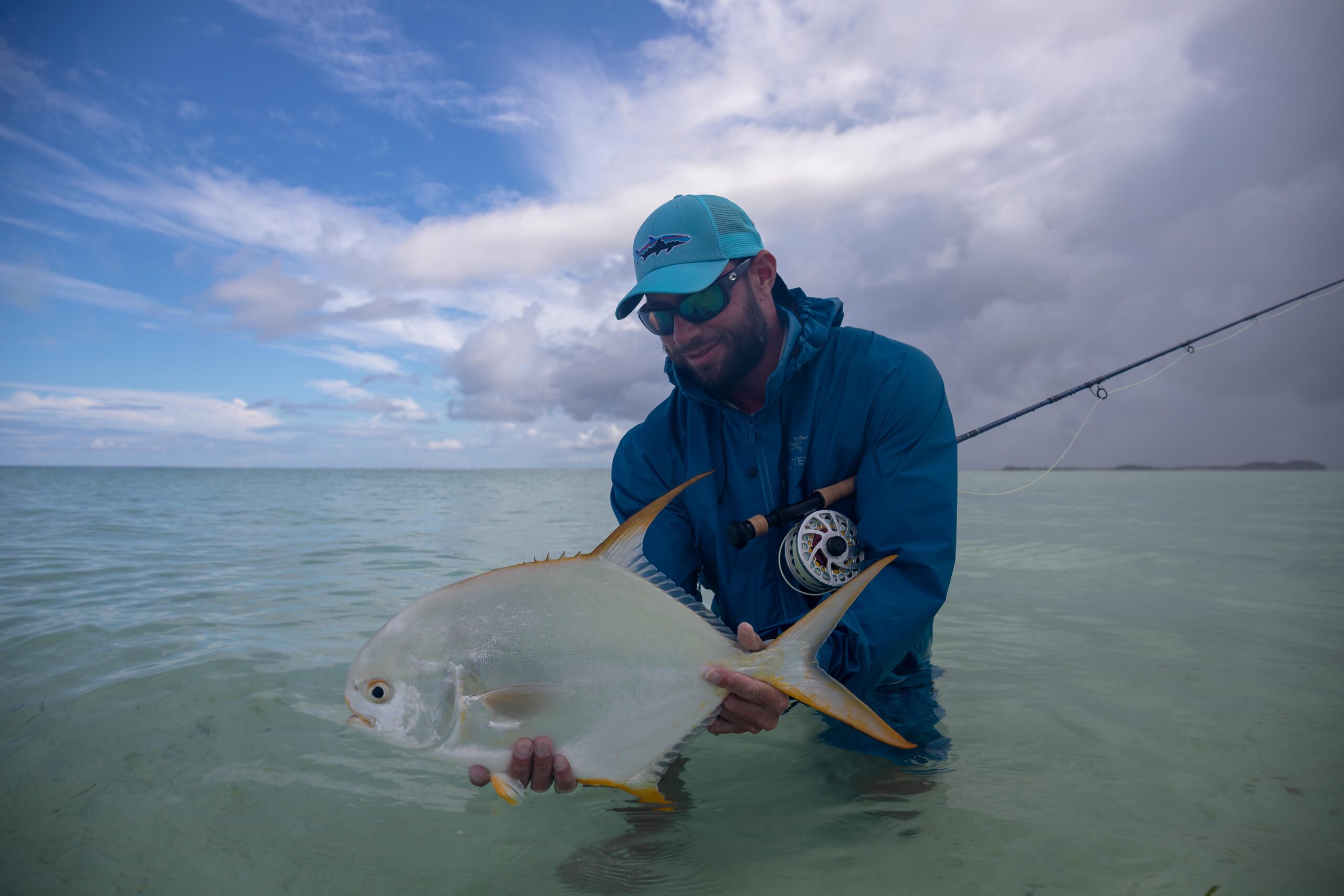 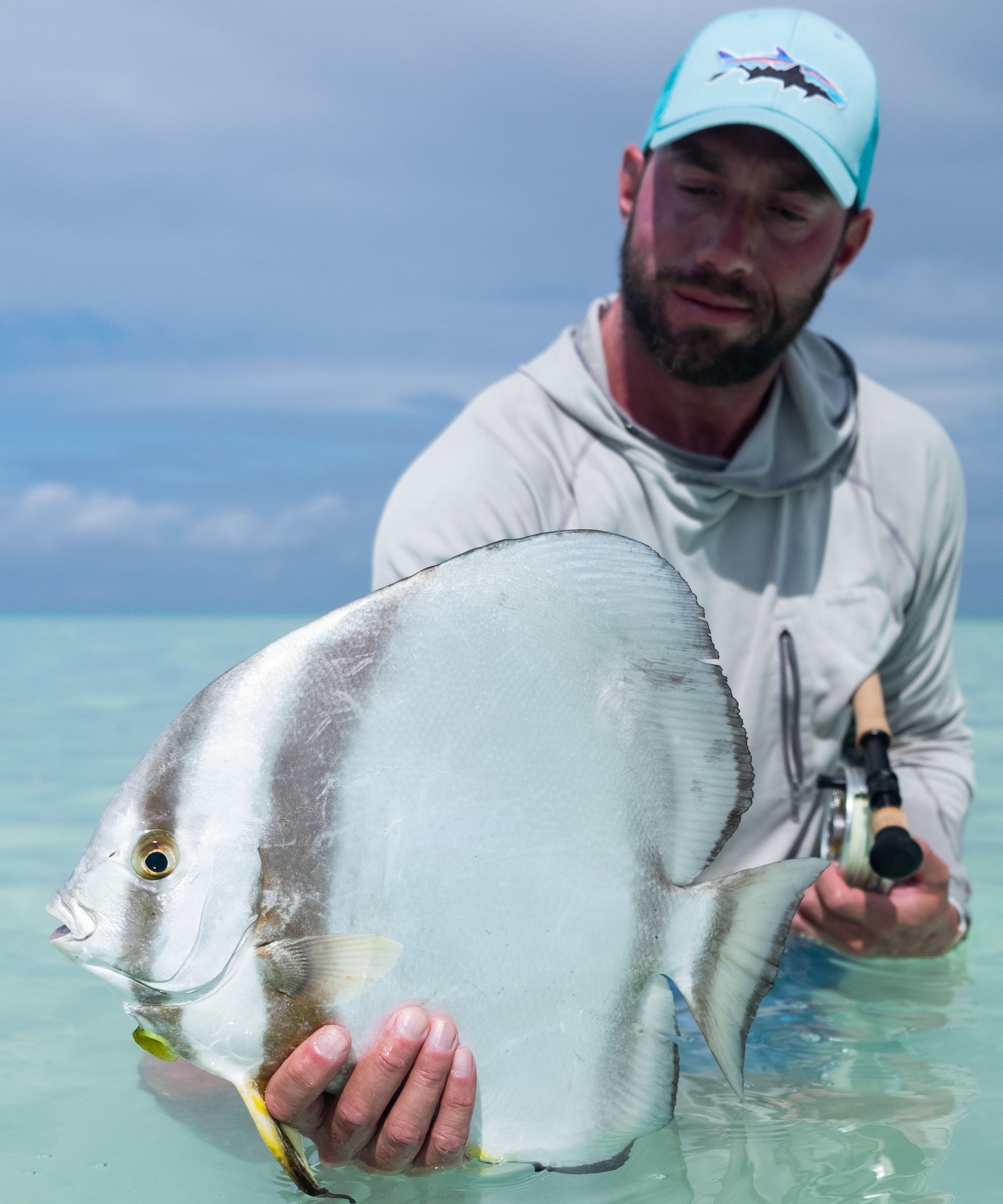